Another rally, another win for Bryant 14’s as they advance to bracket play 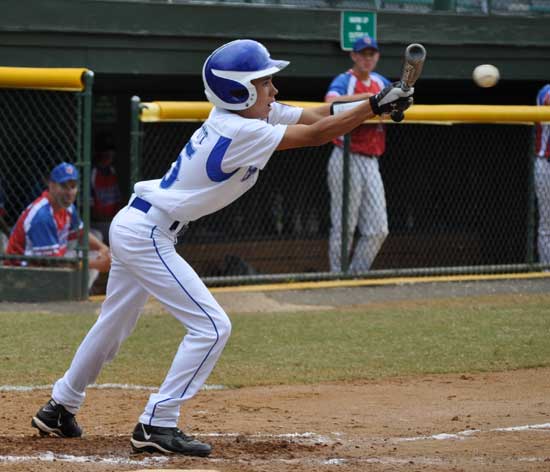 LOUDOUN COUNTY, Va. — They didn’t wait until the last inning this time and the nine runs they came up with came over two innings instead of all in one but, nonetheless, the Bryant 14-year-old All-Stars came from behind for the second day in a row at the Babe Ruth World Series on Wednesday.

And, with the help of the team they victimized on Tuesday (Arlington, Mass.), Bryant qualified to advance to the single-elimination championship tournament beginning Thursday. They were set to take on Tri-County, Calif., as one of three teams that advanced from the National Division.

On Wednesday, Bryant trailed Waite Park, Minn., 10-6 going into the bottom of the fifth inning but rallied for seven runs to claim the lead. Waite Park, which came into the game as the only unbeaten team in the pool, cut the lead to 13-12 in the top of the sixth. But Bryant got those two runs back in the bottom of the inning and, in the seventh, Harrison Dale waded through the middle of the Waite Park batting order to seal the victory.[more] 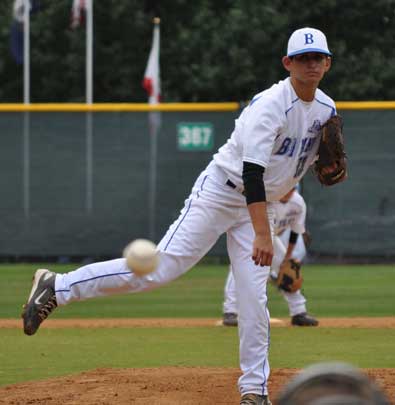 The team then had to wait to see how the Arlington, Mass., game against Vancouver, Wash., turned out before knowing they would play on. And it took extra innings before they knew. Arlington scored six runs in the top of the ninth inning to forge a 9-3 win that was enough to do it for Bryant.

Dale had come on to relieve in the second, getting the last two outs to end the Minnesota team’s six-run uprising. He wound up retiring nine of 10 batters before running into control trouble in the fifth when Waite Park tacked on three more runs. 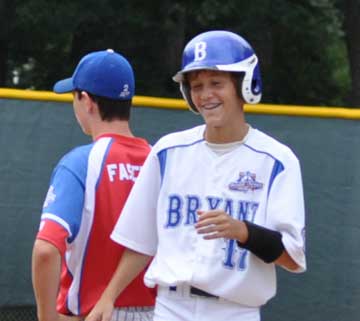 Bryant’s seven-run answer in the bottom of the fifth was instigated by Miller, who was hit by a pitch. An out later, he advanced on an error then Rutherford singled him to third and Thompson walked. A passed ball got Miller home then Green drew a walk to load the bags for Dale who beat out an infield hit.

Akers singled in a pair and Minnesota made a pitching change. But the new hurler proceeded to walk the first two he face, Tucker and Phillips. An error allowing Miller to reach again then Tucker scored the seventh run of the inning when Matthews grounded into a force at second and beat the relay to first to avoid the inning-ending doubleplay.

Minnesota trimmed the lead to one in the top of the sixth using a walk, a double, a passed ball and a sacrifice fly to plate two. A pair of walks had the potential tying and lead runs on base but Dale got the final out with a grounder to second. 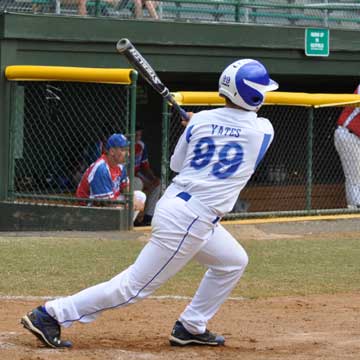 In the bottom of the inning, there were two out when Dale drew a four-pitch walk and Akers singled to left. Tucker walked to load the bases for Graddy who drilled a two-run single to left.

But Minnesota had its 3-4-5 hitters coming up in the top of the seventh. Dale, however, induced grounders to third and short before a pop to first ended it.

Waite Park had established the lead early. After taking a 1-0 lead in the top of the first on an infield hit, a stolen base, a grounder to the right side and a sacrifice fly.

In the bottom of the inning, Akers singled to center and Tucker walked but both were stranded. Minnesota then put together the first big inning of the game in the second, scoring six times to make it 7-0. 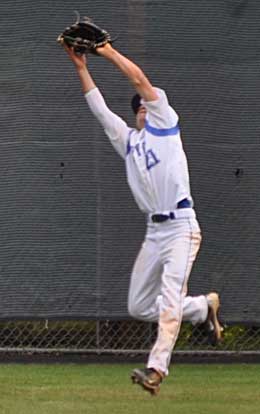 Bryant got up off the deck, however, in the bottom of the inning, scoring five times. Emmerling’s drive to center was misplayed then Troillett cracked a single up the middle to break the ice. Rutherford walked and Thompson sacrificed. With two down, Dale slapped a single to right to knock in a pair. He stole second as Akers drew a walk then they pulled off a double steal before Tucker plugged the gap in left-center for a two-run triple.

It stayed 7-5 until the bottom of the fourth when Bryant trimmed another run off the lead. Akers, who finished with four hits in the game, cracked a two-out triple then scored on Tucker’s RBI single.

Dale retired the first batter in the top of the fifth but then issued a walk and hit a batter. Minnesota took advantage with an infield hit and another walk. With the score 8-6 and the bases loaded, a two-run single to center produced two more runs. But Dale came back to get the next two batters, stranding another runner at third, and setting up the game-turning Bryant rally. 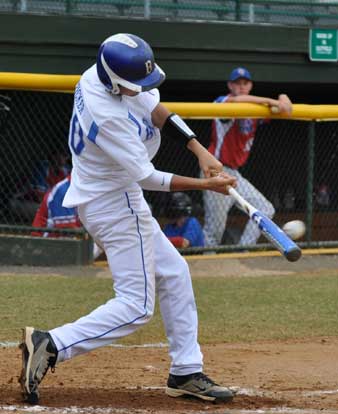