Arrests made in armed robbery case

Just after 9 p.m., on Sunday, Oct. 25, 2015, a customer leaving the IHOP in Bryant was robbed at gunpoint in the parking lot. The victim told Police that she and her brother had finished eating and were going to the car. She told Police that she was sitting in her car waiting for her brother when a black male pulled the door open, stuck a handgun in her face and told her to give him the bag. The victim complied and the suspect fled the scene.

Earlier that evening the victim had been in the Bryant Walmart at the customer service desk conducting a money transaction. She said she noticed two black males standing near them while conducting their business at customer service. A short while later she was robbed.

Bryant Police Investigators along with the U.S. Marshalls Fugitive Task Force began working the case immediately and were able to obtain the video from Walmart and other businesses and were able to develop suspects and make arrest on four individuals involved in the robbery. They are:

All suspects were charged with aggravated robbery; felony theft of property.

Harris was additionally charged with tampering with evidence.

The victim’s identity is not being released at this time. 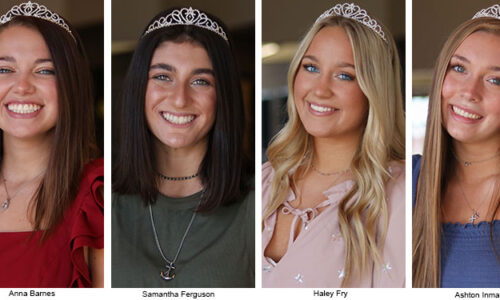 Homecoming Queen to be crowned prior to Friday’s game