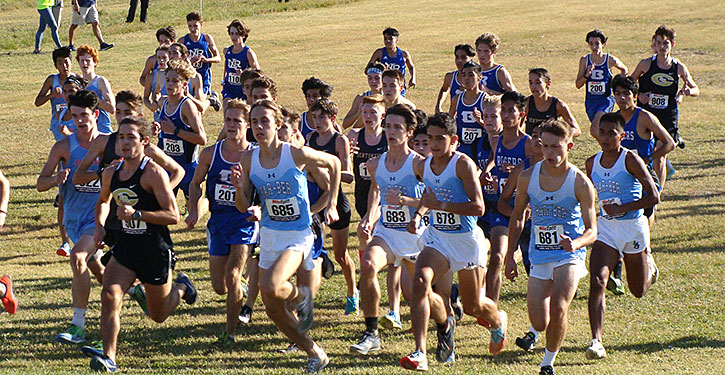 HOT SPRINGS — Bresner Austin and Chris Herrera finished in the top 25 at the Class 6A State cross country meet as the Bryant Hornets placed ninth among the 15 teams on hand.

“Bresner Austin and Chris Herrera both ran good races,” said Hornets head coach Steve Oury. “Bresner passed several runners in the last 400 meters to move up into the top 20. It was just warm enough to cause some problems for some runners, so I thought Bresner and Chris managed the conditions well. We did have some boys who struggled, but I loved the effort the boys gave.” Luis Martinez was the Hornets’ next runner. His 17:49.24 was 56th. Jaxon Holt was 64th in 18:00.41 and Payton Brack was 67th in 18:03.43 to complete the Hornets’ scoring group.

“I’m really proud of all of the boys, but it was the last race for three of our seniors, Bresner Austin, Luis Martinez, and Ammon Henderson,” Oury noted. “They are a great group of young men and have been a big part of any success we have had over the last three years. We have some good young talent on the team as well, so I have high expectations for what we can accomplish in the years to come.”