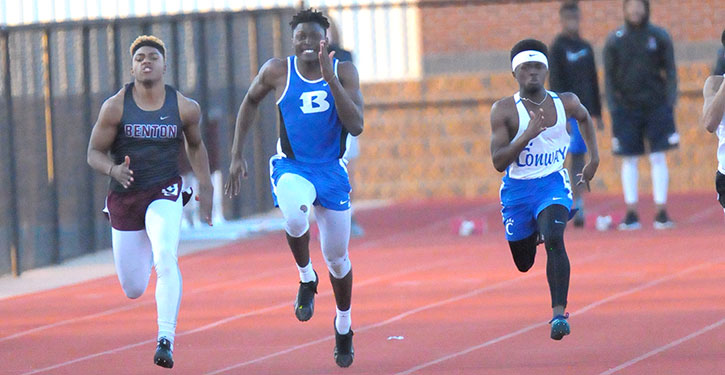 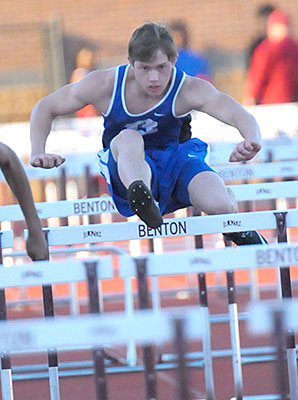 BENTON — The Bryant Hornets opened their outdoor track season on Thursday at the McCauley Services Benton Panther Relays, placing fifth with a total of 72.33 points. Lake Hamilton won the meet with a total of 108 points, followed by Conway (102.33), Vilonia (94.5), and Benton (91.83). A total of 12 teams scored in the meet.

The Hornets picked up two victories on the night, with Chris Barrientos winning the 1600-meter run in a state meet qualifying time of 4:27.33. The other victory came from Randy Thomas in the 100 meter dash in a time of 11.33. 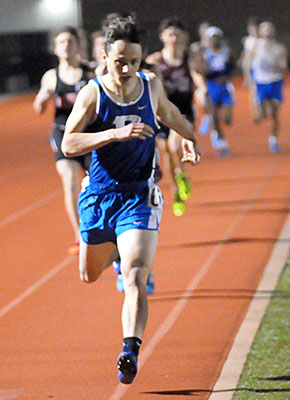 “That was a solid start to the season,” said Hornets head coach Steve Oury. “I thought we executed well in all the relays and we had some very good performances. We didn’t want to overload our top athletes so we left some points out there but, overall, it was a good start to the season.

“Chris Barrientos did a great job getting a state qualifying time and I was very happy with Randy Thomas in the 100 meter dash, as well as his work on the sprint relays,” the coach added. “We will look to build off of this meet at our home meet this Tuesday.” 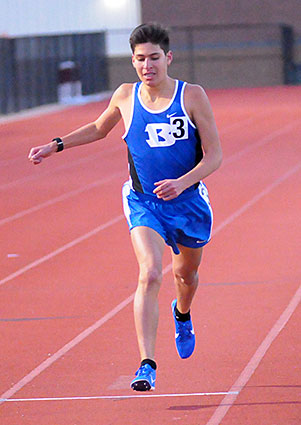 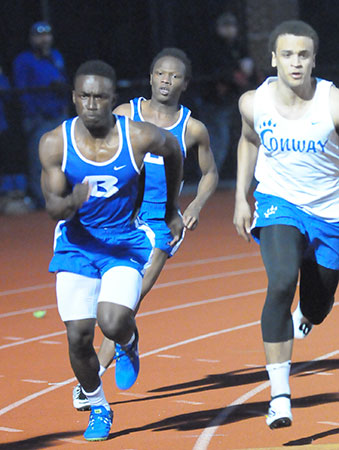 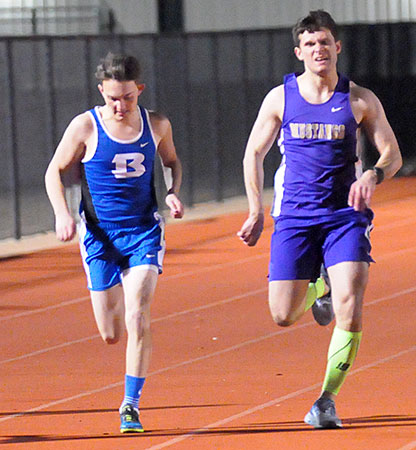