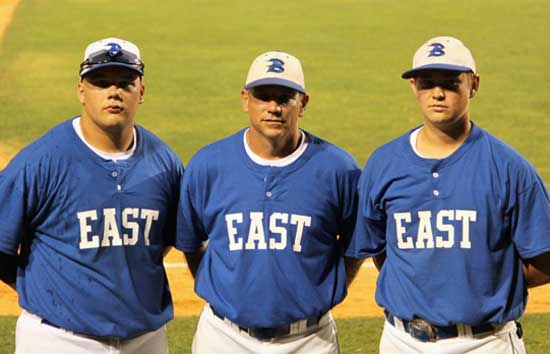 Both Bryant players were 0 for 1 in the first game. Brown started at third and grounded out to short in the second inning. Pickett came in to play first in the fifth inning and, in the bottom of the fifth, lined out to second and into a doubleplay.