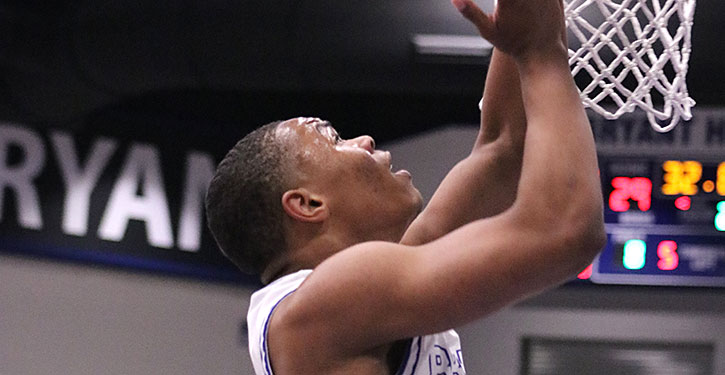 It’s been a while — two weeks, in fact — but the 2020-21 basketball season for the Bryant Hornets and Lady Hornets will resume tonight with games at Conway.

It’ll be the first of three games to wrap up the regular season for the Hornets, who are currently third in the 6A-Central Conference, two games (plus tiebreakers) behind North Little Rock and two games ahead of Fort Smith Northside (with tiebreaker) and Conway.

After tonight, the Hornets will play Friday at Cabot and Tuesday, March 2, with a final home game against Little Rock Southwest.

So, along with the other games, the Lady Hornets will play at Little Rock Southwest on Saturday at noon then at Mount St. Mary Academy in Little Rock on Monday at 6 p.m., then wrap up the season on Thursday, March 4, at home against Little Rock Central at 6 p.m.

The Bryant girls are currently seeded eighth in the conference. They could still catch Cabot and possibly Central with a strong finish to the season. There’s an outside chance that, if they struggle in these final games, Southwest, with a strong finish, could catch them and beat them out of the final State tournament bid.

The 6A State Tournament will be held at Fayetteville High School from March 10 to 13.