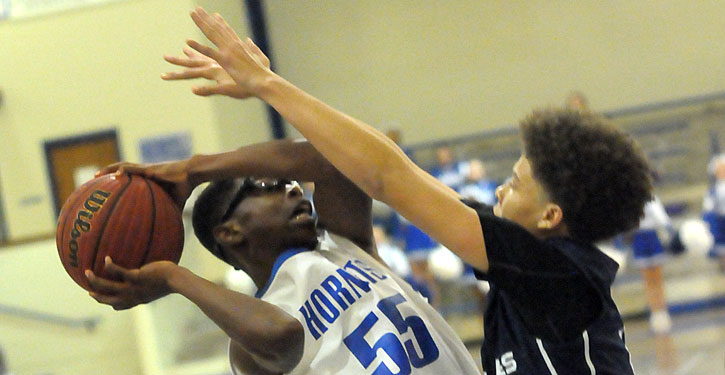 Behind Hunter’s 25, Bryant White improves to 7-1 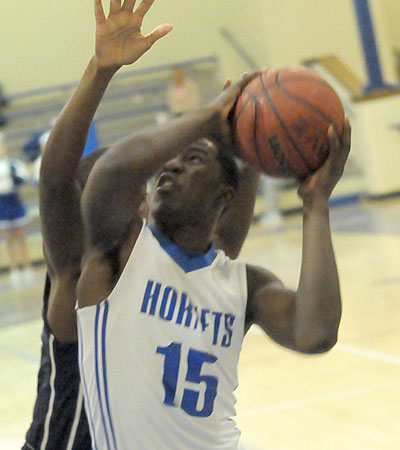 Myles Aldridge tries to muscle up a shot. (Photo by Kevin Nagle)

Camren Hunter poured in 25 points including five 3-pointers to lead the Bryant White Hornets eighth grade team of Bryant Middle School to a 59-43 win over the Lighthouse Charter Wolves of Jacksonville at the BMS gym Monday night.

The Hornets improved to 7-1 with the victory. They’ll host Bryant Blue of Bethel Middle School this Thursday.

“We defeated a very good Jacksonville Lighthouse team,” said Hornets coach John Harrison. “They were big — 6’3 and 6’2 in the post — and both kids could handle the ball. They gave us fits and we had trouble stopping them.

“Camren Hunter played extremely well for us, finishing with 25 points while handling a lot of ball pressure in the second half,” he added. “I thought we got key stops late in the fourth that helped us get the win.”

Regarding Thursday’s rivalry game, Harrison said, “We have a tough matchup. The kids are going to be excited to play their crosstown rivals.” 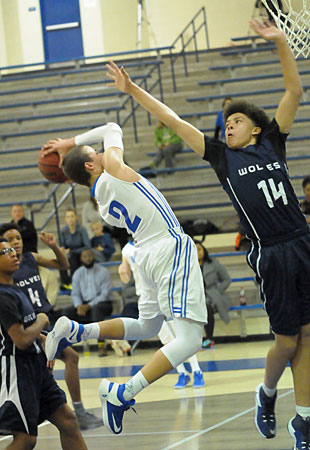 Austin Ledbetter adjusts to the defense on his way to the hoop. (Photo by Kevin Nagle) 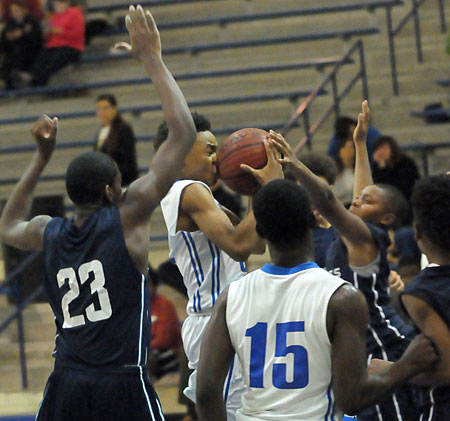 Camren Hunter drives to the basket. (Photo by Kevin Nagle) 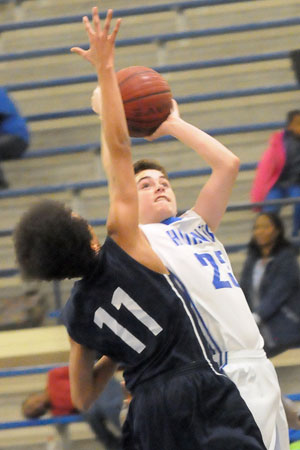