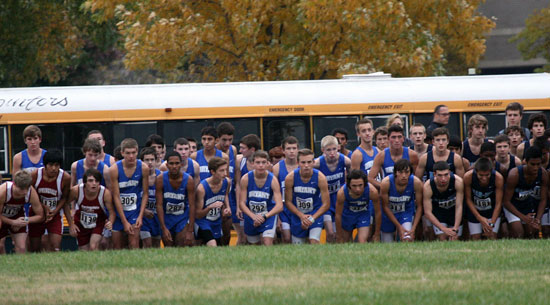 Behind trio of all-conference performances, Hornets fifth at 7A-West meet

ROGERS — The Bryant Hornets rode top 20 finishes from Charlie Terry, Ben Majors, and Connor Wilson to a fifth-place finish at the 7A-West Conference cross country hampionship meet on Tuesday. The Hornets wound up with 111 points to finish behind Rogers (23 points), Springdale Har-Ber (67), Bentonville (83), and Fayetteville (104). 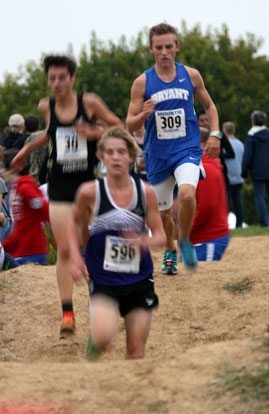 “We had a very good meet,” said Hornets coach Steve Oury. “Heritage beat us soundly at the Lake Hamilton meet and we were able to finish ahead of them. Charley Terry got off to a good start and established himself in the top 10. Ben Majors and Connor Wilson both ran outstanding races. Derek Vos was the biggest surprise of the day.  He was our fifth runner and ran a personal record by almost 40 seconds.

“I can’t say enough about our seniors who competed,” he added. “Tyler Purtle, Clifton Hampton, Spencer Adami, Dylan Masters, and Alex Houpt all ran their last conference meet. They are an outstanding group of guys and I’m very proud to have been privileged to coach them over the last few years.”

The Hornets’ top nine runners will compete at the Class 7A State championship meet on Saturday, Nov. 9, at Oaklawn Park in Hot Springs. 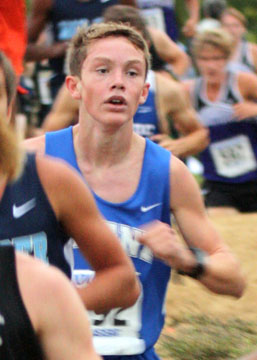 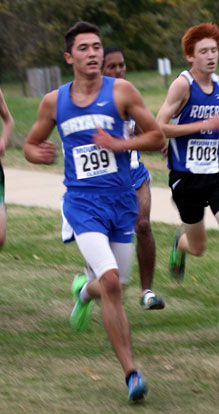