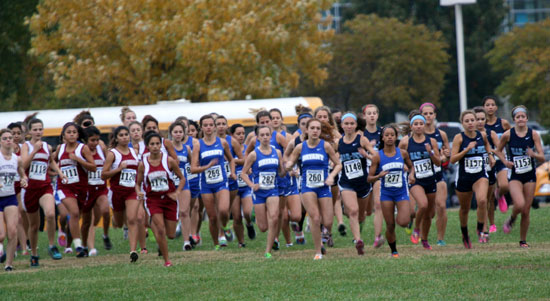 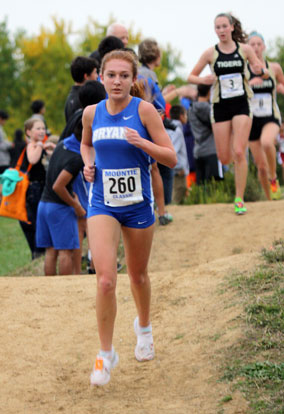 As a team, the Bryant Lady Hornets finished fifth. Rogers Heritage, with 60 points, won the title by one point over Fayetteville. Rogers was third with 79 points followed by Bentonville (91), Bryant (121), Springdale Har-Ber (132), Van Buren (173), and Springdale (188).

“Melinda and Caityln both had outstanding races,” stated Lady Hornets coach Danny Westbrook. “They both showed tremendous speed in the last stage of the race. It’s a credit to their great work ethic and their strong mental fortitude.”

“I thought as a team we ran fairly well, considering the five-hour bus ride before the meet,” Westbrook noted. “The 7A West Conference is pretty strong when it comes to cross country.  We had some significant gaps between our top five that we really need to improve on before the state meet. 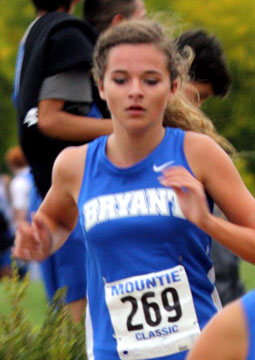 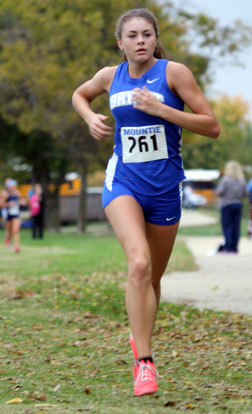 “I would also like to convey my appreciation for all the hard work displayed by the other four seniors that ran their last cross country race,” he added. “Marley Adams, Kat Bolton, Mikayla Douglas, and Anna Smedley  have all worked hard and provided great leadership to our team.”

Bryant’s top nine runners will compete at the 7A State Championship meet at Oaklawn Park in Hot Springs on Saturday, Nov. 9.

Behind trio of all-conference performances, Hornets fifth at 7A-West meet
Holiday at Hurricane is this weekend