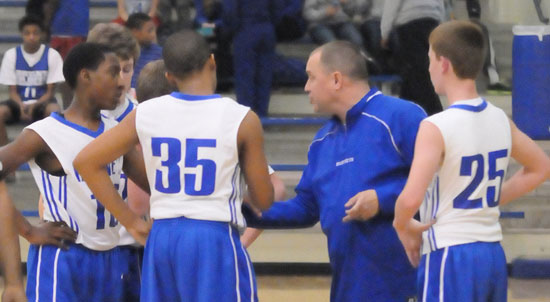 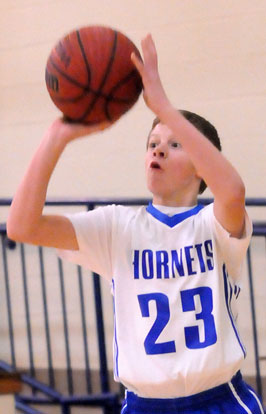 Sam Chumley hit a tie-breaking free throw with :10.2 left and the Conway White Wampus Cats missed a 3-pointer at the end as the Bryant Blue Hornets eighth grade team of Bethel Middle School extracted a 33-32 win on Thursday.

Conway had tied the game with :18 showing and Chumley was fouled in the backcourt. The infraction put the Hornets in the double bonus and Chumley got the first shot to go.

The Cats rebounded and called a timeout to set up a final shot.

“I was really proud of the effort and toughness that the boys showed,” stated Bethel coach Derek McGrew. “This was our best game of the season and our best win as well. Conway White had a very good team and the boys did not back down. Sam Chumley had an excellent game, not only in scoring but in leadership and ball handling.”

The Hornets led most of the game. It was tied 8-8 before Chumley hit a free throw in the final seconds of the first quarter. Curtis canned a 12-footer to start the second period then fed Moody on an inbounds play for a layup to make it 13-8.

After a three-point play by Conway, Moody scored off a drive and Sandidge converted a pair of free throws after grabbing an offensive rebound. When Curtis was fouled after hauling down a defensive board, he converted both ends of a one-and-one to extend the margin to 19-11. 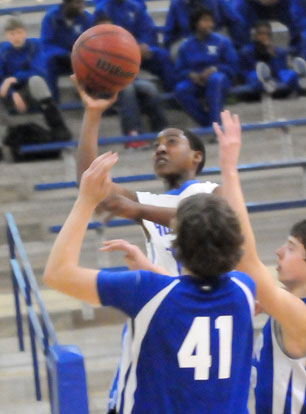 In the third quarter, the Hornets were limited to baskets by Chumley and Moody, the latter off a nice dish from Curtis. The Wampus Cats were able to pull even at 24 going into the final period.

Again, however, Bethel answered with a surge of its own. Chumley connected on two more free throws then hit a 3 after Sandidge had taken a charge on defense.

A pair of free throws by Kyzer on either side of a Chumley steal pushed the lead to 31-24 going into the final two minutes.

Bryant Blue was limited to a free throw by Moody over the next 1:50 and once again Conway White drew even only to have Chumley hit the game-winner. 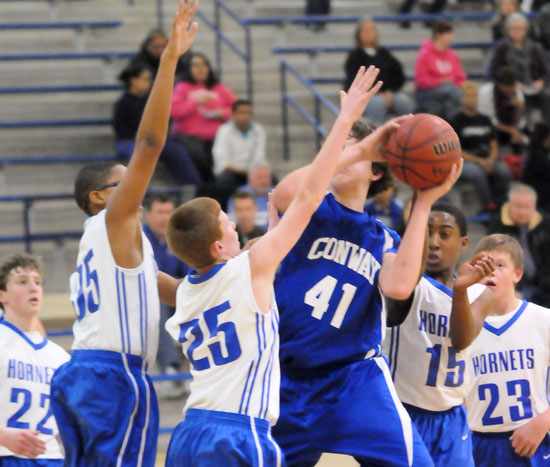