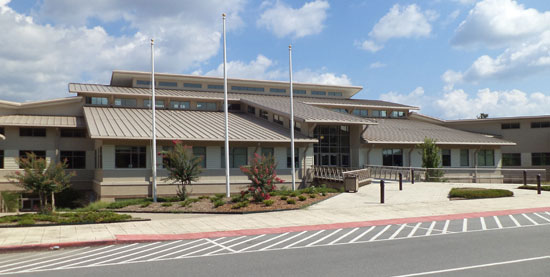 Bethel Middle School of the Bryant School District has been moved from the Arkansas Department of Education’s “Needs Improvement Focus” list to “Achieving”, according to an AEA press release this week.

Bethel is among 137 public schools in the state that showed sufficient improvement on test scores to meet annual targets and are designated as Achieving schools under the Elementary and Secondary Education Act program.

“These 18 schools have shown significant improvement over the last two years, thanks to the hard work and dedication of students, teachers and administrators,” Department of Education Commissioner Dr. Tom Kimbrell said. “The continuing implementation of Common Core State Standards will aid in these efforts.”

In 2012, Arkansas received flexibility from some of the ESEA (No Child Left Behind) requirements. These waivers allow schools to continue to improve educational outcomes, close achievement gaps and strengthen the quality of instruction.

All schools are required to meet Annual Measurable Objectives, or yearly targets, designed to reduce the proficiency, growth and graduation gaps. Students are classified in two main categories: All Students and Targeted Achievement Gap Group, which includes students in one or more of the economically disadvantaged, English Learners and Students With Disabilities subgroups.

Test scores from 2011 were used to determine the proficiency, growth and graduation gap (based on 2010 data) to establish the targets for each school. Schools are expected to reduce by half the gap by the end of six years.

Schools that meet their AMOs for both groups in either performance or growth for two consecutive years are classified as Achieving. High schools also must meet the performance and graduation rate goals.

Schools that do not meet their annual targets are classified as Needs Improvement schools.

Priority schools, which represent the lowest 5 percent of schools based on proficiency over three years in both literacy and math, were identified in 2012 as well.

The 2013 results show that 793 schools are identified in the Needs Improvement category. Many of these schools continue to show improvement; however, they did not meet their AMO for the year.

“The target increases each year, making it more challenging for schools to meet their AMOs,” Kimbrell said. “Educators are encouraged to continue to identify effective teaching and learning strategies to help all students reach proficiency.”

To view the complete 2013 accountability results, go to http://www.arkansased.org/divisions/communications/pressroom.

The 14 schools that moved from the Needs Improvement Focus list to Achieving: