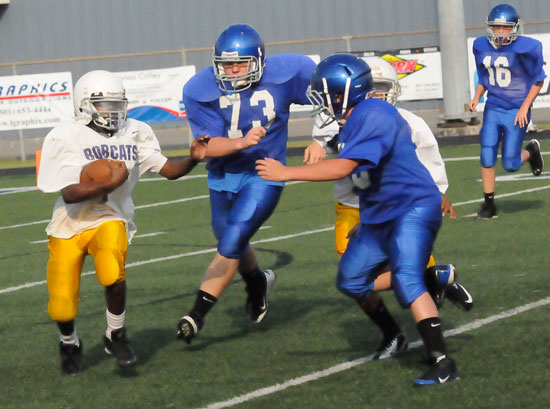 The Bryant Blue Hornets seventh grade football team of Bethel Middle School scored on each of its four possessions as they rolled to a 26-0 win over the Little Rock Dunbar Bobcats seventh grade team at Bryant Stadium Tuesday night. 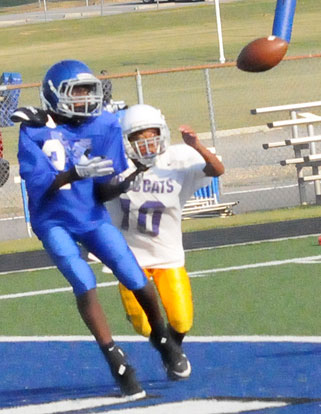 Randy Thomas had TD runs of 21 and 54 yards. Tyler O’Neal added a 40-yard run and hauled in a 17-yard touchdown pass from quarterback Logan Chambers.

While piling up 226 yards of offense, the Hornets held the Bobcats to a net of just 17 yards, making six stops for lost yardage.

The Hornets got their first chance to score when defensive tackle Patrick Karp recovered a Dunbar fumble on the third snap of the game. Bryant Blue drove for a touchdown but Thomas’ 5-yard scoring jaunt was negated by a penalty. So Chambers fired a pass to O’Neal who took it in for the score. Chambers threw to Thomas for the 2-point conversion.

Karp, Luke Bailey and Riley Morales made a stop for a loss on the next series and the Bobcats wound up having to punt. Bryant regained possession at its own 43. A 15-yard pass from Chambers to Thomas started the second scoring march, which was capped off by Thomas’ 21-yard run.

Bryant Blue got the ball to start the second half and drove 70 yards in three plays, 54 of which was covered by Thomas on his final run of the contest. 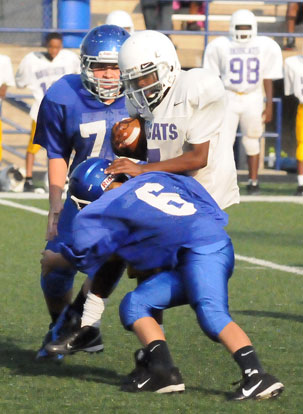 Good defensive plays by John Burton and O’Neal forced another Dunbar punt after the Bobcats picked up their initial first down of the game.

On Bethel’s final possession, Chambers started another 70-yard drive with an 18-yard pass to Hunter Ulmer. O’Neal picked up 9 yards and, after Chambers snuck for a first down, O’Neal broke loose on his 40-yard scoring sprint to set the final score with 4:27 left to play.

Sebastian Dunn and Jake Self made tackles for losses in the final seconds of the contest.

Now 3-0 in regular-season games, the Bryant Blue seventh graders compete in a jamboree in Conway this Saturday. There will be a B game on Monday, Sept. 23 with a regular-season contest set for Tuesday, Oct. 1, at Hot Springs Lakeside. 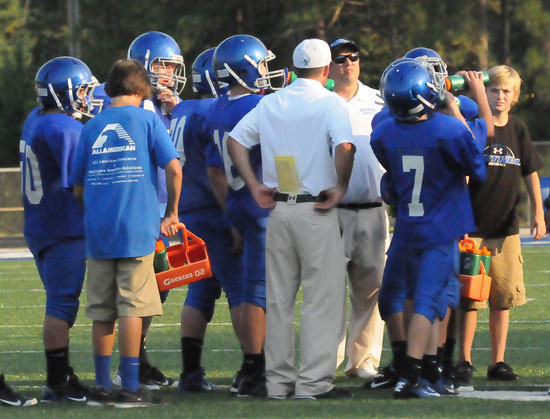