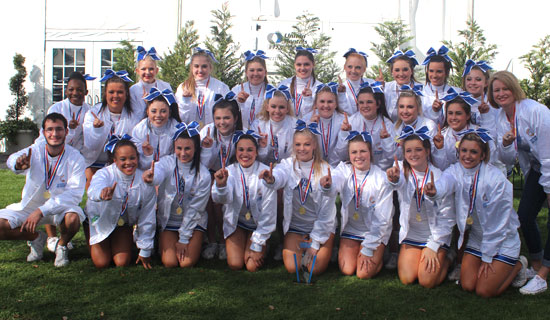 “It was not our best performance but still a reason to be proud,” said Bryant coach Karen Scarlett.

“We performed in large varsity non-tumbling semifinals on Saturday and made it to the finals ranked second with a score of 77.4, which included a 1.0 deduction for a stunt fall,” she related. “The first ranked team had a 79.

“Sunday we performed in the Worlds competition,” she continued. “Our win at Nationals in 2014 qualified the team for this competition and we placed first with a score of 90.05, winning the division.

“Later that evening, we performed in the Nationals finals. We struggled and had deductions of 2.0 for stunt falls. We scored 74.7 and placed sixth in the division but scores were close with the first-place team scoring 77.5.” 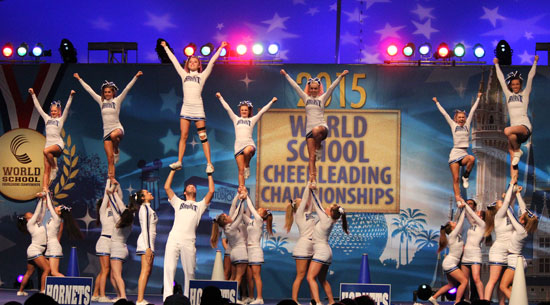 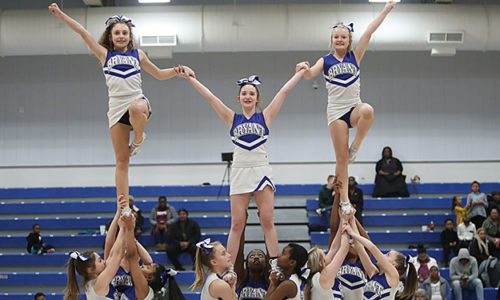