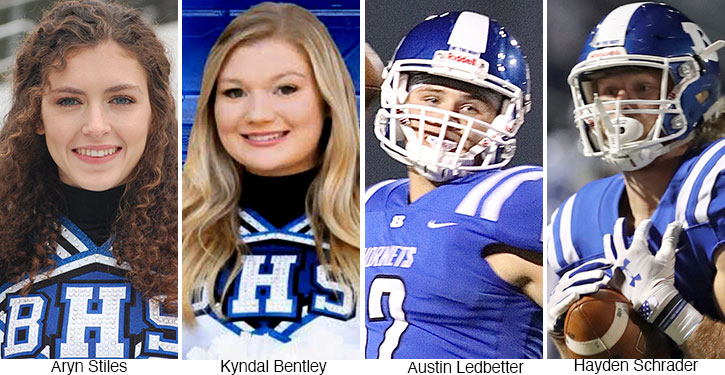 Ledbetter and Schrader, who led the Hornets to their third consecutive Class 6A State championship, were named to the East All-Star squad, to be coached by Tom Sears of Hoxie.

Bentley and Stiles were named to the East squad, coached by Valley View’s Holly Cockrell.

Unfortunately, due to COVID-19 concerns the 2021 All-Star Week and High School Coaches Clinic at the University of Central Arkansas have been cancelled.

“While we are disappointed AHSCA will not be able to host the campers and play the games in June, this should not diminish from the accomplishments of the coaches and student athletes during the 2020-2021 school year and their high school careers,” said an AHSCA spokesman. “Congratulations to each All-Star coach and athlete.”

The All-Star coaches selected their teams from players nominated by their conference. These coaches and student athletes are added to a prestigious list of high school coaches and athletes selected as All-Stars in past years.