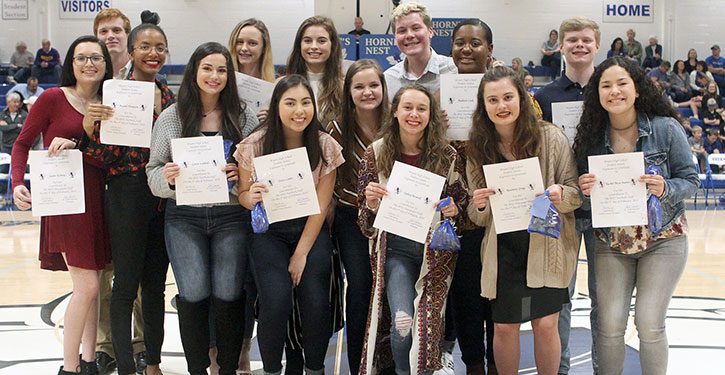 On Tuesday night at halftime of the Bryant Hornets basketball game against the Little Rock Catholic Rockets, the journalism department and its Senior students were honored.

The 2018 Hornet yearbook was named fourth in the nation at the National Scholastic Press Association convention in Chicago in November. Prospective Online received third place in the nation for Photo Slideshow, and seven students placed in their national on-site contests at the convention.

The 2018 yearbook is also nominated for a Crown Award from the Columbia Scholastic Press Association, the highest honor they award.

The adviser for our award-winning yearbook and newspaper staffs is Mrs. Lisa Stine.