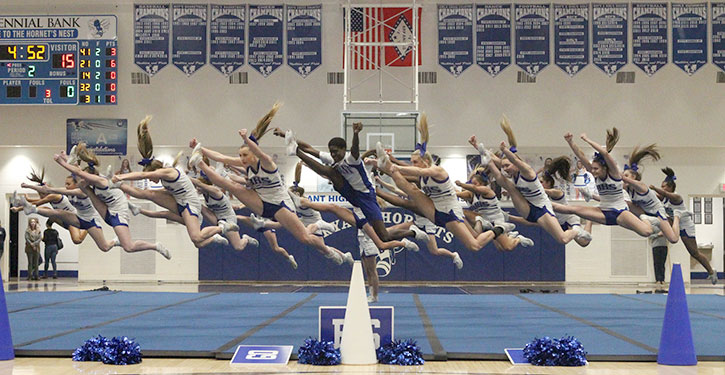 The Bryant High School cheer squad performed at halftime of the Bryant basketball games on Tuesday night at the Hornets’ Nest.

The group travels to Orlando, Fla., this weekend to compete in Nationals.