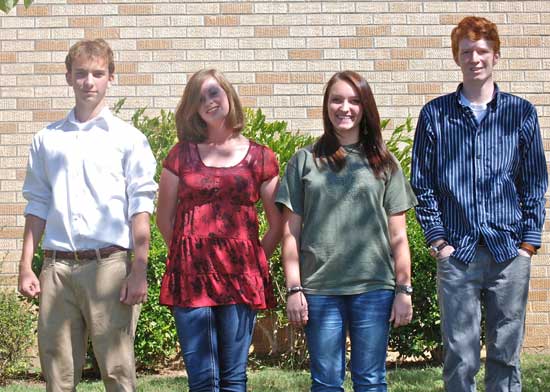 Four Bryant High School students recently received information that they were chosen as National Merit semifinalists as a result[more] of their performance on the 2011 PSAT. The finalists include Michael Curry, Emily Martin, Chris Oldfield and Darcy Smith.

The National Merit Scholarship Program is an academic competition for recognition and scholarships that began in 1955, according to nationalmerit.org. In order to participate in this program, a student must complete the following steps. Take the PSAT in the specific year of the high school program, be enrolled as a high school student progressing normally towards graduation, and be a citizen of the United States.

“Of the 1.5 million entrants, 16,000 of the highest scoring students in each state are named semi-finalists,” Jessica Bollen, Bryant Public School Director of Communications, said.

According to nationalmerit.org, all winners of the Merit Scholarship Awards are chosen from the Finalists group, based on their abilities, skills, and accomplishments. There are several selectors to evaluate such as the Finalist’s academic record, two sets of test scores, information about the student’s activities and leadership and so on.

The four students that were chosen will know this coming February if they have been selected as one of the 15,000 students that are chosen as National Merit Scholarship Finalists.