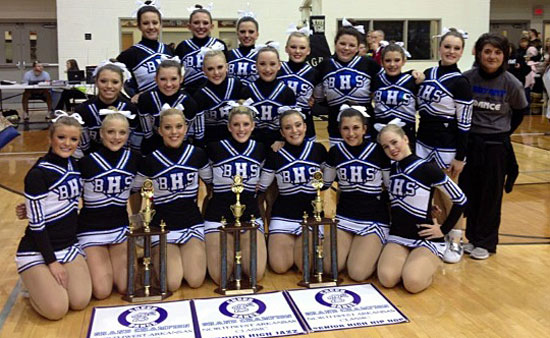 On Saturday, Oct. 27, the Bryant High School varsity dance team competed in the Northwest[more] Arkansas Classic Dance Competition held in Bentonville. They placed first in Jazz, Hip Hop and Pom in the 7A Division and were also awarded the Grand Overall Champions in each of those categories.