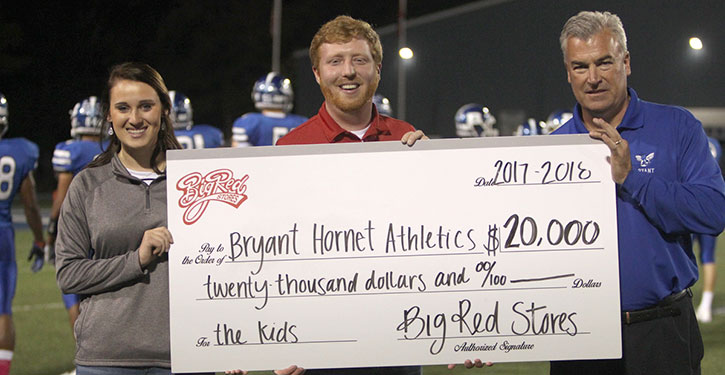 Bryant athletic director Mike Lee accepts a donation of $20,000 from David Hendrix of Big Red Stores of Saline County during halftime of Friday night’s Homecoming football game between the Hornets and the Fort Smith Southside Mavericks. Big Red is a premium sponsor of the Bryant athletic program.