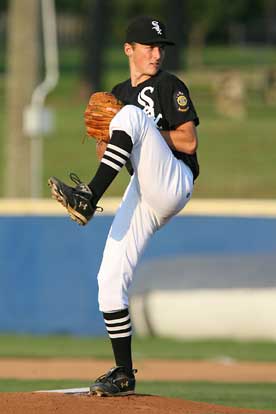 Blake Davidson picked up right from where he ended the high school baseball season and so did the hitters for the Bryant Black Sox Senior American Legion team in its 2010 debut Friday night.

The Sox erupted for eight runs on seven hits in the second inning and Davidson allowed just one hit in a 9-1 run-rule victory over Zone IV rival Benton McClendon’s Appliance.

First baseman Landon Pickett started the outburst with a double and helped finish it with a two-run double.

Caleb Garrett and B.J. Ellis also had two hits apiece in the game.

The Senior Sox will return to action at Cabot on Monday night at 7.

The Junior Sox were set to make their season debut at a tournament at Bauxite High School on Saturday. They play Maumelle at 11:30 a.m.[more]

Davidson retired the first seven batters he faced before surrendering walks to Gene Dunkin and Garrett Parker. Drew McCurry followed with an RBI single to right on a 3-2 pitch to account for Benton’s only hit and lone run. 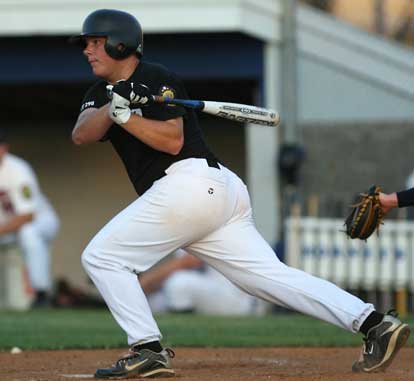 McCurry tried to steal second but Ellis threw him out. Steven Brooks grounded out to end the inning.

Davidson finished up by working around two-out walks in both the fourth and fifth.

The Black Sox had taken a 1-0 lead in the first when Garrett greeted Benton starter Nathan Pirl with a single to left. With one out, Hunter Mayall lashed a double into the gap in right-center and, when Jordan Taylor tapped out to second, Garrett scored.

Pickett’s liner to left went to the fence to start the second. Ellis plugged the left-center gap for a two-bagger that chase Pickett home. After Ellis moved up on a wild pitch, Tyler Brown got down a perfect squeeze bunt. Ellis scored and Brown legged out a hit to make it 3-0. 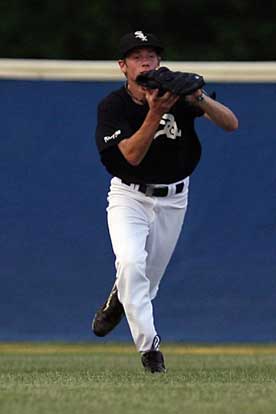 Garrett’s infield hit then a walk to Chris Joiner loaded the bags for Mayall who grounded into a force at second, beating the relay to first to avoid an inning-ending doubleplay.

Jordan Taylor drew a free pass to load the sacks again for Brennan Bullock who swatted a high fastball into left for a two-run single, making it 6-0 with Pickett headed to the plate.

Pirl got ahead of the Bryant batter 0-2 but couldn’t get strike three past him. He stroked the next delivery for his second double of the inning. Taylor and Bullock scored. And when Ellis cracked his second hit of the frame for a single up the middle, the Sox had a 9-0 lead.

Pirl gave way to Coy Fitzhugh, who finally got the third out of the inning. He then retired six of the last seven he faced. Only a single by Taylor interrupted the string.