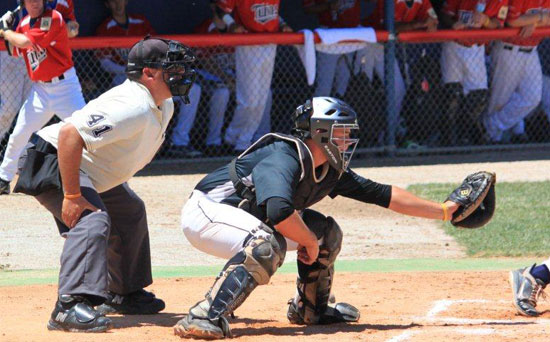 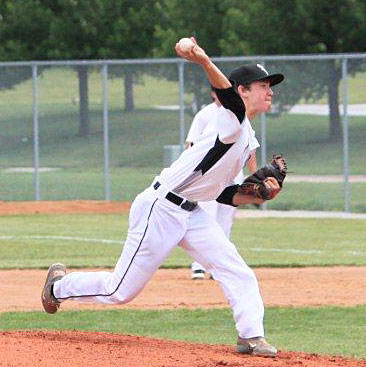 The Sox were scheduled to play Omaha Northwest, the host of their pool, but the game was canceled due to inclement weather on Saturday. At 4-0, they advance to single-elimination championship bracket play on Sunday at 10:30 a.m. Bracket play includes the winners of each of the eight pools. If Bryant wins at 10:30, it advanced to the semifinals at 1 p.m. The championship is set for 9 a.m. on Monday.

The Sox got solid pitching from Ozzie Hurt, making his first mound appearance of the summer. Mayall and Pickett combined to get the final three outs in the seventh. Over six innings, Hurt allowed just four hits and two walks. He struck out three and both Senators’ runs were unearned.

Those two runs came in the bottom of the third inning after the Sox had taken a 1-0 lead in the top half.

For Bryant, Mayall, who was 3 for 4, singled with one out and advanced to second on a base hit by Tyler Brown. He then stole third and scored on a sacrifice fly by Taylor.

A one-out error started Helena’s third as David Lindgren reached base. The next batter, Tristan Shea was awarded first base on catcher’s interference, setting the stage for a two-run double by Ray Schnur. 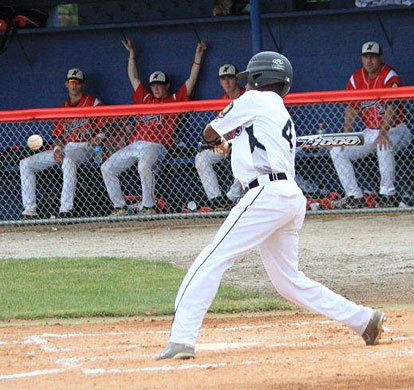 The Senators threatened to get more when Dan Hansen singled Schnur to third but, with an 0-1 count on Ryan Estep, Hurt picked off Schnur. Estep followed on the next pitch with a grounder to Tryce Schalchlin at third to end the inning.

Cody Carroll, the Montana starter, worked around a two-out walk to Hayden Daniel in the top of the fourth but Hurt retried the side in order in the bottom half, striking out two.

Bryant tied it in the top of the fifth when Mayall and Taylor cracked opposite field doubles. Pickett, on a 1-0 count, blasted a two-run homer and the Sox were ahead to stay.

Hurt again worked a 1-2-3 inning in the Helena fifth and the Sox tacked on some insurance when Mayall followed a two-out single by Marcus Wilson by launching his first homer of the season to right.

The Senators made a bid to rally in the sixth when Schnur singled and Hansen drew a walk but Estep’s grounder to Taylor at short resulted in a 6-4-3 doubleplay. Though Jarin Gassett drew a walk to put runners at the corners, Hurt squelched the threat by striking out Cole Androlio.

Taylor led off the seventh with a single off reliever David Lindgren but was thrown out trying to steal second and the Sox were retired soon after that.

Mayall, using a sidewinding delivery, made his first trip to the mound of the season to start the bottom of the inning. He got Eckert to Wyatt Eckert to pop to Pickett at first but then hit Brad Tietenthaler on a 1-2 pitch. Lindgren lined out to Brown at second but then, Shea was hit by a pitch and Schnur walked to load the bases. Pickett then came on and got Hansen to fly to Daniel in right to end the game.

Taylor and Pickett each had two hits and two runs batted in for the Sox. Schnur collected half of his team’s four hits.