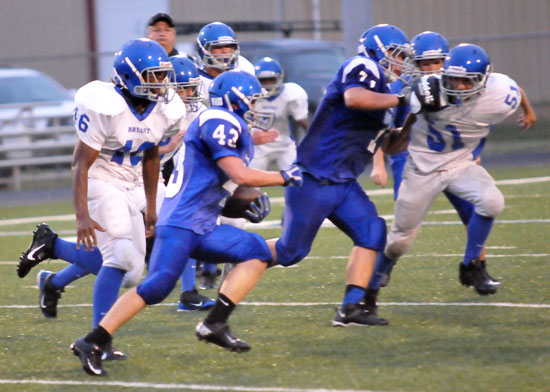 A linebacker on the A team getting some work at running back, Jonathan Smith scored two touchdowns and by virtue of two-point conversion runs from Ethan Thompson and Jacob Thomason, the Bryant Blue Hornets eighth grade B team of Bethel Middle School eked out a 22-20 win over the Bryant White Hornets eighth grade B team of Bryant Middle School at Bryant Stadium Tuesday night. 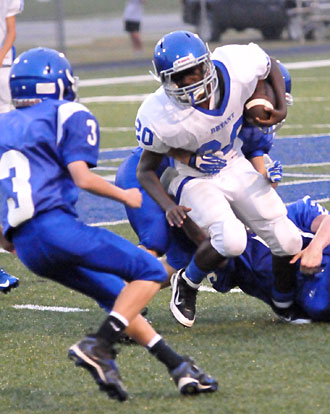 “Jonathan Smith got here when school started and we are trying to get him some reps at running back because we have no depth there,” said Blue coach Dale Jones. “He is beginning to learn the offense.

“We played hard but tackling was a very big issue,” Jones added. “Offensively, we were led by Myers Buck, Smith and Thomason. Luke Welch and Preston Kyzer also had a good night up front.”

Bryant White coach Brad Smothermon said, “We played everyone plenty of snaps to get them plenty of experience. That’s my main goal on a B game night, getting everyone on the field to get game experience.

“Isiah Ash had a good night running the ball,” he added. “Brandon did a good job at quarterback after settling down a little.”

The Bryant Blue B team is set to play again at Hot Springs Lakeside on Tuesday, Oct. 1. Bryant White’s B team is scheduled to play at Lake Hamilton on Tuesday, Sept. 24. 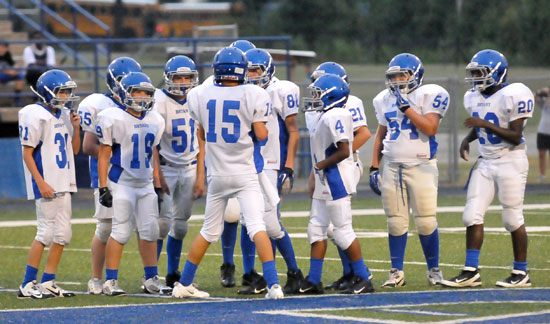 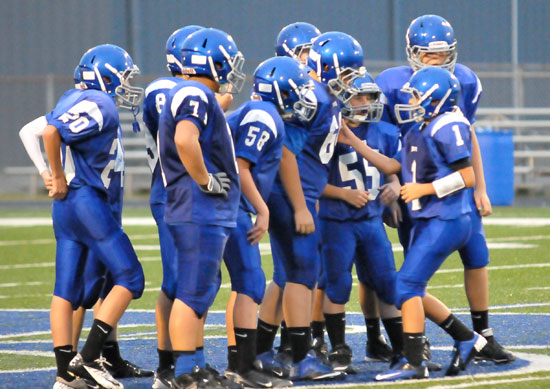 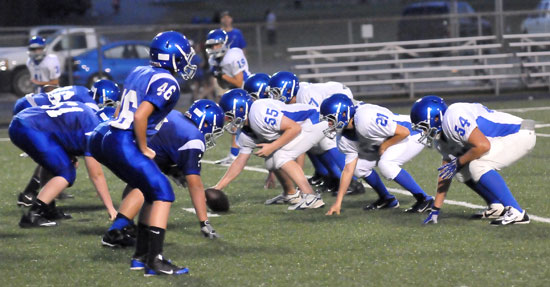