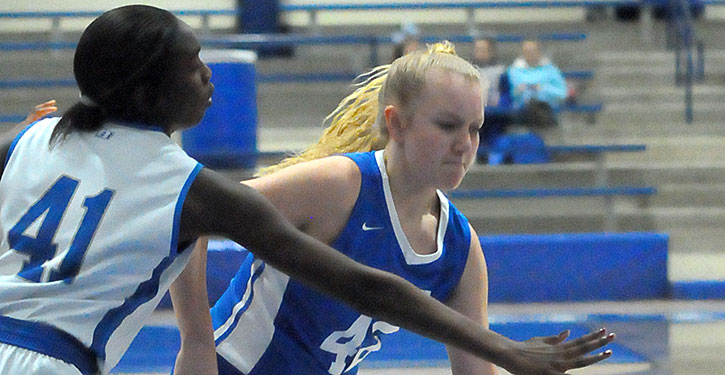 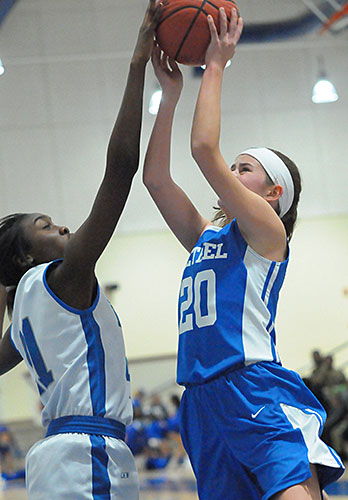 Led by 11 points from Emileigh Muse, Bryant Blue wound up with a 26-8 victory.

“Bethel played very well,” said Bryant White head coach Ben Perry. “They have good ball handlers and shooters. Their post is very effective around the block on rebounding and shooting.

“I was proud of my players and how they played against their press,” he added. “Bethel’s press was our biggest downfall at our last meeting and we were able to beat their press much more effectively. Yes, the girls did falter at times but overall they did much better.

“Our biggest problem once again was shooting and making our open layups,” the coach said. “Defensively, we did very well in the first half.”

“Much better than our last meeting,” Perry noted. “However, Bethel kept pressing all the way into the fourth quarter even when it was apparent in the third quarter that massive subbing was happening.”

Blue’s lead was 23-8 going into the fourth quarter

“Halfway through the third and the whole fourth quarter, I was able to get the bench involved and everyone gained much needed experience and game time,” Perry mentioned. “The girls played hard and we had a scoreless fourth quarter.

“Bethel’s seventh grade is a strong group and I’m happy that Bryant School District has talented athletes that love to play,” he concluded. 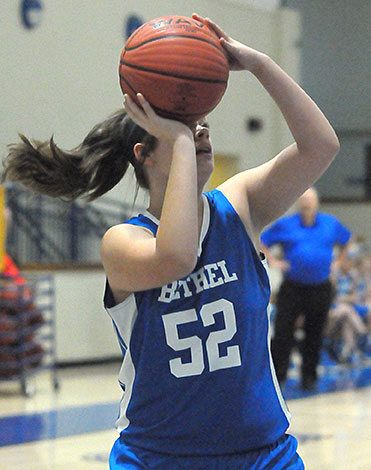 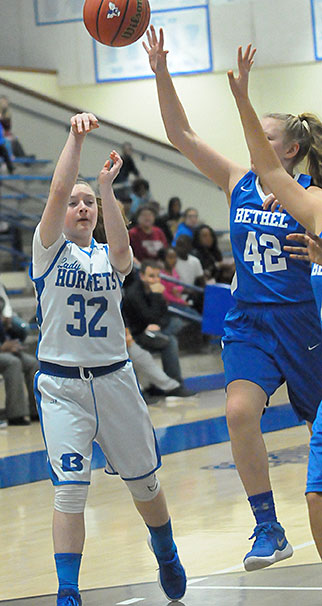 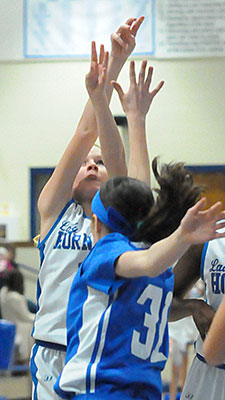