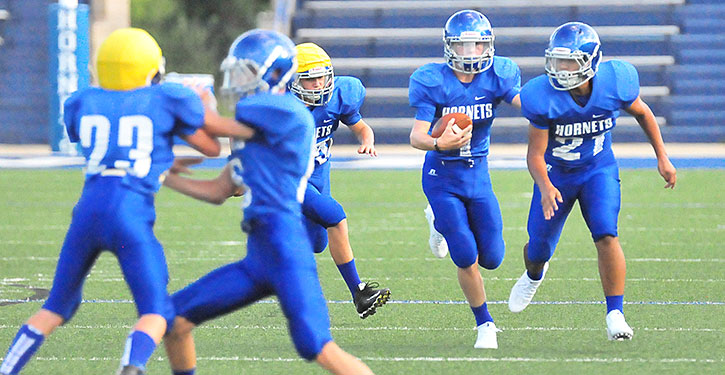 For more photos from this event by Kevin Nagle, go here.

The Bryant football program, grades 8 through 12, was on display for parents and fans on Friday night at Bryant Stadium including a scrimmage for the Bryant Blue Hornets eighth grade of Bethel Middle School. The team opens the regular season on Thursday, Aug. 31, against Little Rock Fuller Middle School at Bryant Stadium. 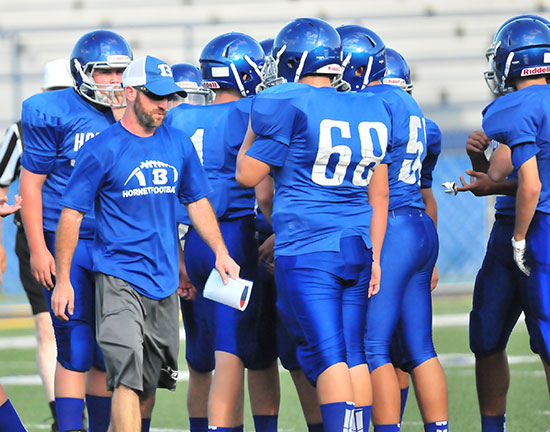 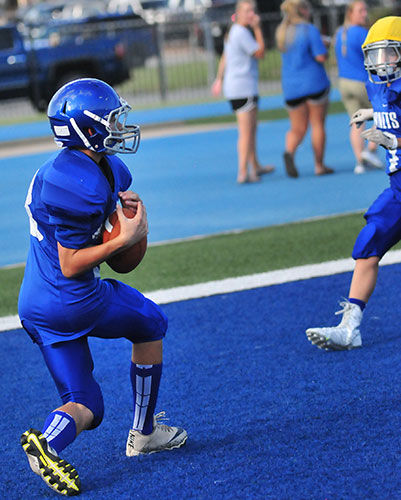 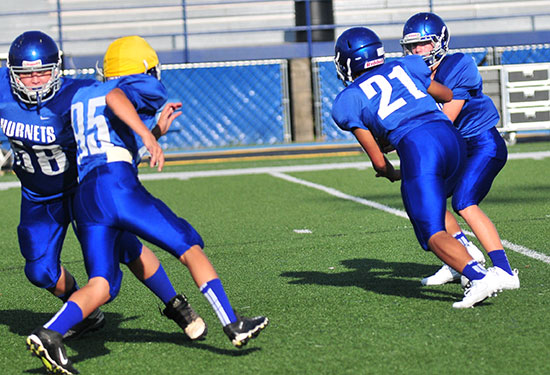