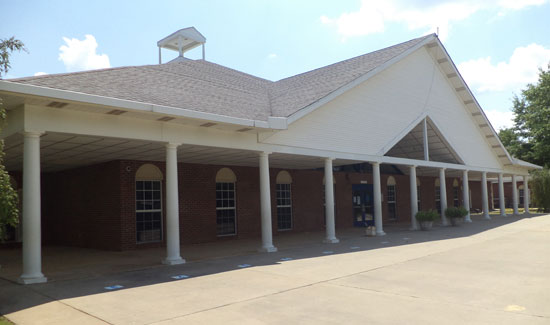 The Bryant Board of Education adopted a resolution to have the Lewis, Elliott, McMorran, Vaden, Ragsdale and Woodward firm work on the beginning stages of the construction of a new high school cafeteria during the regular-scheduled December meeting. The Board also adopted the Six-year District-wide Academic Facilities Master Plan.

In the November meeting, the board approved a February 2014 special election for the voters of Bryant on a new mileage to help fund the upcoming construction projects that the district has set in place to complete over the next six years. Some of the projects on the list are to construct a new administration building, relocate the bus shop and maintenance facilities, renovate and enlarge the technology building, expand the Collegeville Elementary, Davis Elementary, and Bethel Middle Schools to accommodate more students, and eventually construct a new elementary school.

The Board recognized Ethan Harris was recognized for his recent achievement of winning the Maytag Dependable Leader Award. Harris, a fifth-grade student at Bryant Elementary School, was chosen out of 1,000 nominations across the country as the winner out of 10 finalists. His award will provide a $20,000 grant to the Boys and Girls Club of Bryant.

Angel Shearer and Savanna McCrotty, two Bryant High School students, were also recognized for helping with the annual Christmas Adopt-A-Child program to benefit underprivileged children in Bryant. They raised over $1,000 combined by selling baked goods. They were able to adopt 11 children and purchase clothing, coats, bicycles, and toys for them to have during the holiday season.

Two members of the Bryant School Board, Sandra Porter and President Rhonda Sanders, were recognized last week for achieving 200 hours of continuing education for the board and received the Pinnacle Award.

“This is obviously done on their own time and we appreciate their hard work,” said Superintendent Randy Rutherford.