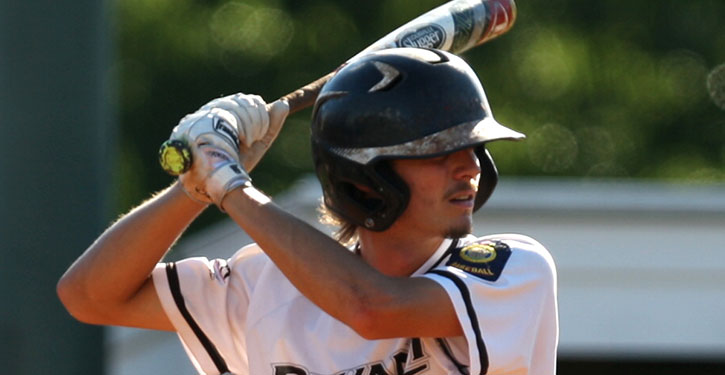 A lot went into it but, after an 0-4 trip to a tournament in Fayetteville, manager Darren Hurt had a talk with his team and he questioned their effort and their competitive spark.

They came a long way after that, winning 18 of their next 21 games as they reached the final four of the Senior American Legion State Tournament as they sought to capture the program’s fourth consecutive State title.

It almost seemed inevitable, even on Monday night, taking on Sheridan on its home field, even after a rare defensive lapse that put them in a 5-0 hole. They whittled a run off the lead in the sixth then, in the seventh, began to finally get to Sheridan starter Jackson Sorey, who was impressive the rest of the game.

But as Sorey’s pitch count pushed the 105-pitch limit, Bryant gamely put together a rally that appeared to have Sheridan on its heels.

Conner Martin’s lead-off grounder to second was booted. Blaine Sears drew a walk on a 3-2 pitch. With one out, Ryan Riggs was struck by a pitch to load the bases. With two out, Cade Drennan yanked an RBI single to left.

Sorey uncorked a wild pitch that made it 5-3 as Peyton Dillon battled through Sorey’s last eight pitches for a walk to load the bases, advancing the potential tying run to second.

Sorey was relieved by lefty Logan Mullins to battle with Coby Greiner, who had tripled in the Sox’ first run in the sixth. The count went full and Greiner fouled off one tough pitch. And, on the next delivery, he thought we had taken ball four. It was borderline but the call went against the Sox. Greiner was on his way to first when he heard, “Strike three” and he whirled around in disbelief.

With the 5-3 win, Sheridan advances to play Russellville, a 6-5 winner over Fort Smith in nine innings on Monday, for a chance to take on Fort Smith for the State title later in the evening.

Though their season concluded, the Sox finished out with as much fire, effort and competitiveness as Hurt could’ve ever asked for.

“I never thought we were as bad as 2-9 but I never really knew for sure that we might be this good, that we could make a run and have a legit chance to win this thing,” Hurt reflected. “But I really believed we were going to win this one, and I think if we get to tomorrow that nobody’s going to beat us. I mean, I really believe that.”

He added, “It was a rough start to the season. We had some new pieces that we were struggling to fill so a lot of it was me moving people around and working on what the plan was going to be, what the rotation was going to be, and trying to settle on things.

“But it was also these guys deciding that we’re not going out like this,” he asserted.

“When we left Fayetteville, in a few choice words I let them know what I thought about their competitiveness,” recalled Hurt. “They didn’t compete. That’s all there is to it. Then we sort of turned it around and we go to Memphis and we compete our tails off. Somehow, we beat two teams that probably we shouldn’t even be on the field with, bottom line.

“That’s when I knew they were figuring it out,” he said. “They were learning how to compete. And tonight’s seventh inning shows how far they’ve come from where we started.”

“If that’s ball four — the pitch that was called strike three there on a full count — if he walks him, we’re sitting with the winning run on second, tying run on third with a guy that was struggling to command anything,” the manager observed.

“The first guy (Sorey) threw a heck of a game. But I thought we were going to win it the whole time. I thought Greiner — I hate for his career to end the way it did because I thought he had a great at bat. He took a pitch that he should’ve taken and, unfortunately, we didn’t get the call.”

Sorey and Bryant’s Slade Renfrow were dueling. The game was scoreless through three. In the fourth, Sheridan’s Hadyn Finley beat out an infield hit and took second on a passed ball. He advanced to third on a grounder to the right side by Tyler Cacciatori, a University of Arkansas signee. A pitch later, Lawson Guthrie poked a grounder into right field for an RBI single.

Greiner singled and stole second with two out in the bottom of the inning but was stranded as Sorey wriggled off the hook.

Sheridan had runners at first and second in the top of the fifth with the middle of its order coming up but when Trent Watkins, the lead runner, tried to steal third, Drennan threw him out, taking the starch out of the potential threat. Renfrow got Brayden Sites to bounce out to Noah Davis at second to send it to the bottom of the fifth, still 1-0.

Connor Martin led off with a single and Sears sacrificed him to second. The Sox could not get the clutch hit they needed there, however, as Sorey continued to escape jams.

The tale-tell top of the sixth began with a double by Brandon Arledge. Finley placed a bunt perfectly down the third-base line for a single to put runners at the corners.

Hurt turned to Greiner for relief but the defense let him down. Cacciatori’s swinging bunt looked like it would be an out at the plate as first baseman Peyton Dillon charged in with Arledge coming down the line. But the ball was bobbled and there was no play.

Greiner struck out Guthrie, but Hayden Vaughn singled to right. It looked like the Sox had Finley caught rounding third but a relay there was errant, and Finley headed home. The ball was recovered in time for a throw to the plate, but it was in the dirt and got away. Cacciatori scored as well, making it 4-1.

Vaughn took second on the play at the home. The next batter, Courtland Todd, singled to left to send Vaughn to third bringing up Watkins. He hit a chopper towards third that Logan Catton charged. His rushed throw to first was high. Dillon leapt to haul it in and tried to slap a tag on Watkins as he reached first.

Despite a lengthy appeal from Hurt, Watkins was ruled safe, loading the bases since Vaughn had held at third. A pitch later, R.J. Stinson hit a roller to short that he legged out for an RBI single to make it 5-1.

A strikeout and a grounder to Martin at short for a force at second finally brought the nightmare inning to a conclusion.

“We let that one inning just get away from us,” Hurt acknowledged. “You know, if we just make one play, we had several chances there to keep it to a 2-0 game, maybe even still 1-0 if we get the first one. We had just one bad inning on defense and it bit us. We couldn’t overcome it.”

But they gave it a heck of a try.

Drennan’s lined double into the left-field corner with one out in the sixth was followed by Greiner’s two-out triple. Greiner, however, was stranded.

In the seventh, Sheridan could muster no more than a one-out single by Cacciatori, setting up the Sox’ comeback bid, which unfortunately ended in disappointment. 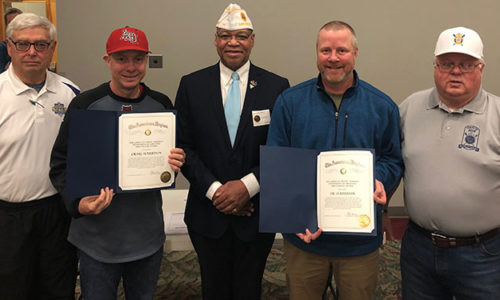