Bryant 10’s bounce back from first loss at Regional 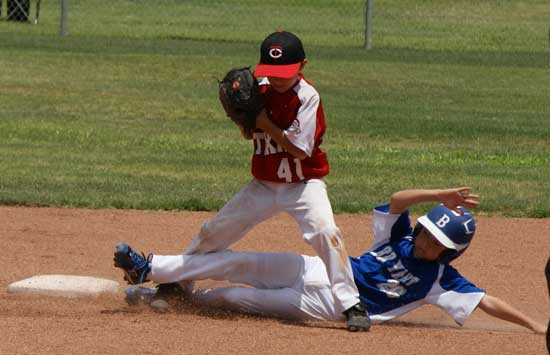 LEVELLAND, Texas — The Bryant 10-year-old All-Stars rebounded with an 11-0 win over Andrews, Texas, in the[more] loser’s brackets of the 2011 Cap Ripken Southwest Regional tournament in Levelland, Texas, after dropping an 11-1 decision to Tri-County, Texas, earlier in the afternoon. Next up for Bryant is the winner of the game between Plaquemine, La. and Levelland. The game will be at 5:30 today with the winner to play immediately afterwards in the finals of the loser’s bracket against the loser of the game between Tri-County and Gulfport, Miss. 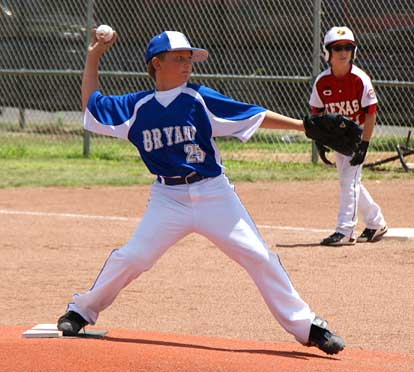 In a rematch of their first game of the tournament, Bryant faced Andrews, Texas in an elimination game. Bryant jumped out to a quick lead in the top of the first. With one out, Catton single on a fly ball to right field. Chambers grounded to third to force out Catton for the second out. Grant grounded a single to left with Chambers stopping at second base. A wild pitch advanced both runners and the catcher’s throw sailed into left field and past the left fielder, allowing both runners to score and give Bryant a 2-0 lead.

In the bottom of the first, Chambers took the hill for Bryant and retired the first three Andrews batters, all on grounders to Logan Grant at shortstop. 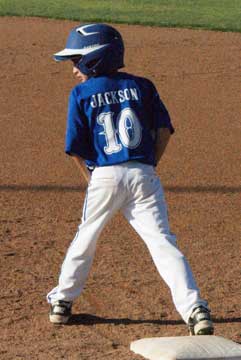 Bryant upped their lead to 5-0 with three runs in the second. Lessenberry reached on a single when the shortstop bobbled a hard grounder. After McFarland struck out, Mullings lined a single to left to put two runners on. Griener popped up and the infield fly rule was called for the second out. Shepard grounded a single to the third baseman and legged it out with the throw skipping past the first baseman allowing Lessenberry to score and Mullings to reach third. Catton then doubled into the left-center gap to plate both runners but was thrown out third to end the inning when he attempted to advance on the throw to the plate. Chambers retired the side in order again in the bottom of the second, getting a strikeout and two grounders.

Bryant tacked on another run in the top of the third. Chambers led off with a single to center and advanced to second on a wild pitch before Grant’s single to left moved him to third. Dupree then grounded a ball near the second base bag that resulted in a double play but Chambers scored on the play to make it 5-0.

In the bottom of the third, Chambers struck out the first batter but then Andrews put their first runner on base when Greiner mishandled a grounder at second. Following another strikeout, Andrews collected their only hit of the game, a double inside the bag at third that put runners at second and third, but Chambers fanned the next batter to end the threat. 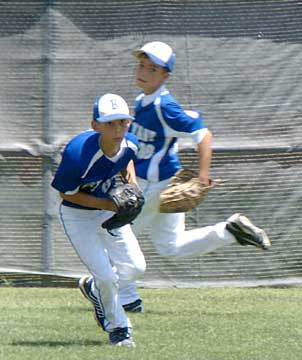 In the fourth, both teams went out in order and the game moved to the fifth with Bryant up 6-0.

With one out in the fifth, Catton was hit by a pitch. Chambers then drove him home when he waited on a change-up from the Andrews pitcher and parked it into left-center for a triple. Grant then reached on an error with Chambers scoring on the play. Dupree grounded a single to left to put two one and then Andrews changed pitchers. Lessenberry greeted the new hurler with a single to left to load the bases. Bariola hit for McFarland and lined a single to left for two runs. Mullings then grounded back to the mound but Lessenberry scored on the play to make it 11-0 Bryant.

In the bottom of the fifth, Coppock relieved Chambers and need just four pitches to get three ground ball outs and end the game. 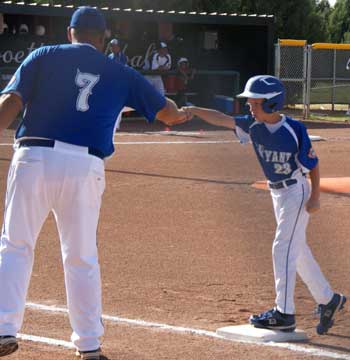 McEntire took the mound for Bryant held Tri-County scoreless in the first, with the final out coming when Lessenberry nailed a runner trying to steal second base. In the bottom of the first, Bryant struck first. With one out, Grant reached on an error by the second baseman and scored when doubled to center. Dupree reached on a pop that fell behind the mound but Bryant stranded two runners when Lessenberry grounded out to third.

In the top of the second, Tri-County took control with a seven-run outburst. With a runner on first and one out, a double to the gap in right-center tied the game at 1-1. A bunt single put two one and then consecutive walks forced in a run. McEntire made a good play on a ball hit to the right of the mound, spun and threw to the plate to force the runner at third for the second out but another walk followed by two doubles made it 7-1 in favor of Tri-County before a strikeout ended the inning. 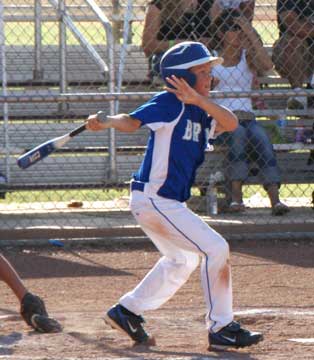 Bryant threatened in the bottom of the second with a single by Greiner and a walk to Catton with two outs, but left them stranded when Grant grounded into a fielder’s choice.

In the top of the third, Tri-County’s first batter reached on an error and then McEntire fanned the fanned the next batter before issuing another walk. Coppock took over on the mound in relief and ended the threat by getting two ground ball outs.

In their half of the third, Bryant had one runner reach on an error but failed to score.

Coppock held Tri-County again in the fourth. He walked the leadoff batter but then got a grounder to shortstop for a force out at second. Lessenberry threw out the runner attempting to steal and then a grounder back to the mound ended the inning. Bryant went 1-2-3 in the bottom of the fourth and the game went to the fifth with Tri-County leading 7-1.

In the top of the fifth, Tri-County’s leadoff batter singled and scored on a double to right-center but then Coppock ended the frame by fanning the next three batters. Bryant put two runners on in the bottom of the fifth thanks to Grant’s double to left-center and a walk to McFarland but failed to score.

In the top of the sixth, Tri-County upped their lead to 11-1 due to three singles and a couple errors by Bryant. In their final at-bat, Bryant had Clontz reach on a walk to open the inning. After Bariola and McEntire hit into force plays, Shepard walked to put two on before Jackson struck out to end the game. 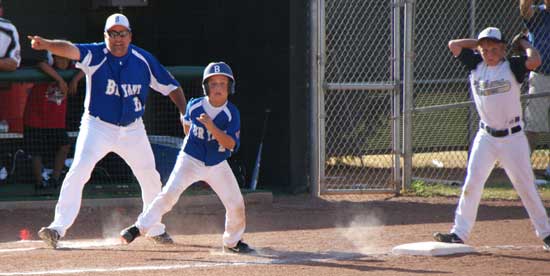 Sox, Hogs trade big innings but Texarkana gets the best of it in winners bracket final
Bryant 7’s reach bracket play as No. 2 seed