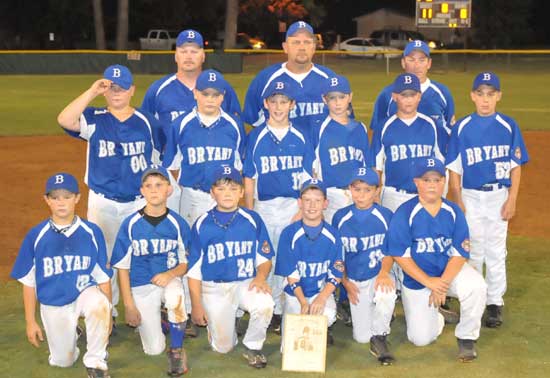 Bryant advances to the State Tournament in Monticello starting July 9. 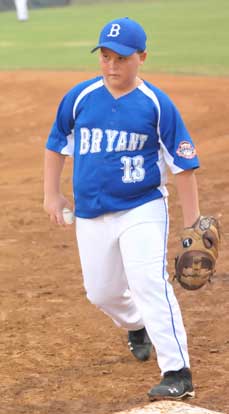 Schmidt, on in relief of Johnson, quieted the Benton bats after the fourth inning, retiring seven in a row. Johnson returned to pitch the seventh and eighth and kept Benton from scoring with the help of some splendid defense.

Kyzer finished with four hits and four runs batted in. Sandidge and Johnson added two each.

The Bryant Stars took a 1-0 lead in the top of the first. Kyzer singled with two down, Johnson doubled him to third and Hilson reached on an error that allowed Kyzer to score.

Benton, however, scored twice to take its first lead in the bottom of the inning. A double, a single and an error allowed the first run in then a passed ball got the second home. With a runner at third and two down, Johnson issued a walk but Kyzer, his catcher, threw the runner out trying to steal second to end the inning.

After a scoreless second, Bryant tied the game in the top of the third. Sandidge singled and, an out later, so did Kyzer. Sandidge moved to third as Johnson grounded into a force at second. A passed ball allowed the run to score.

Benton got the run back in the bottom of the inning to regain the lead. Bryant again pulled even in the top of the fourth. Buck doubled with one out and Ellis walked. Sandidge hit one back to the pitcher but a throw to third got away and Buck came around to score. 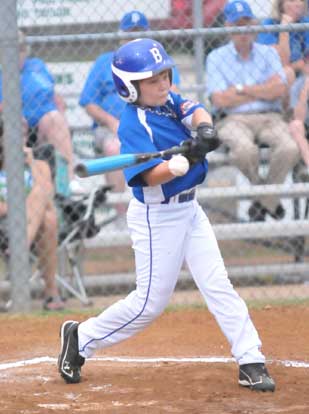 Benton snapped the 3-3 tie with three in the bottom of the fourth taking advantage of a walk and a pair of bunt singles to plate the first tally. A sacrifice fly and a two-out RBI single made it 6-3.

Bryant was running out of outs when, in the top of the sixth, Dorsey worked for a walk and, after Curtis lined out to second and Pennington fanned, Sandidge singled in a run. A walk to Schmidt kept the inning going then both runners moved up on a passed ball, getting the tying run in scoring position for Kyzer who came through with a shot to the gap in left-center for a two-run double.

After Schmidt set down the side in order in the bottom of the sixth, Bryant was retired 1-2-3 in the top of the seventh.

In the seventh, Benton got a lead-off single but Bryant turned a 6-4-3 doubleplay to erase the threat. A strikeout sent it to the eighth.

With one out in the top of the frame, Pennington reached on an error and Sandidge drew a walk. Schmidt followed with a double that brought in Pennington with the lead run. Kyzer then singled up the middle to drive in two more.

Johnson followed with a double to put runners at second and third for Hilson who got a run home with a grounder to third. Thompson capped off the outburst with an RBI single to make it 11-6.

Benton didn’t go easily in the bottom of the inning. A single and an error had runners at first and second with one out. A pop up on the infield was the second out then a roller to Dorsey at third resulted in a force out that finished off the victory. 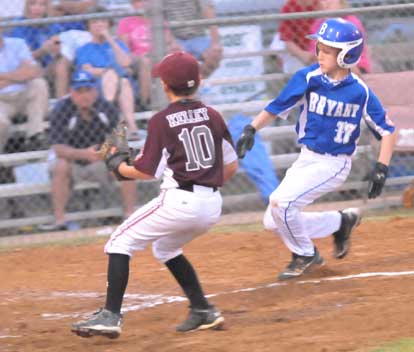 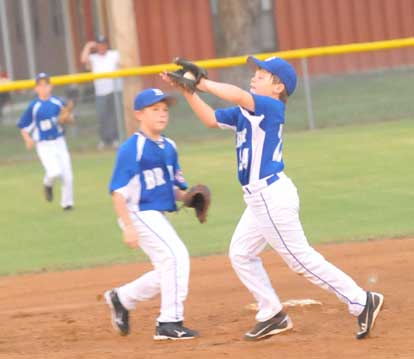 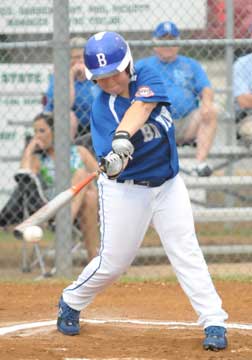 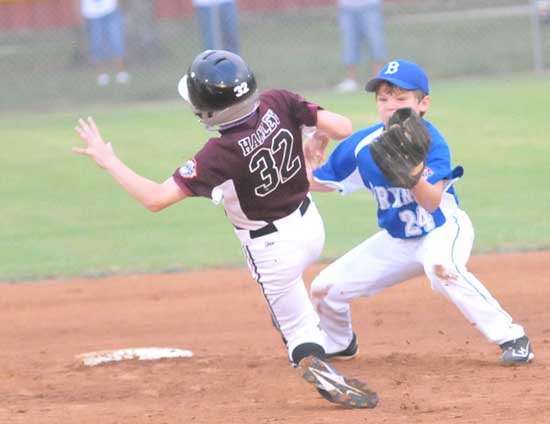 District comes to disappointing finish for Bryant 11’s but State lies ahead
Wood gets the call, will make MLB debut Thursday at Wrigley