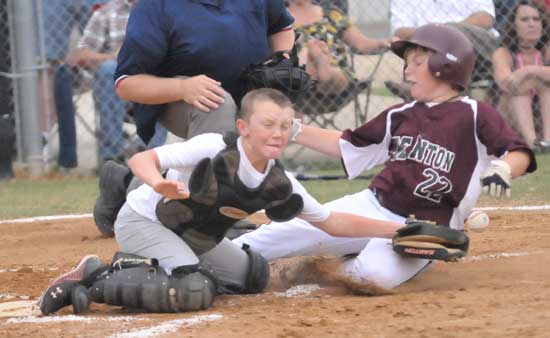 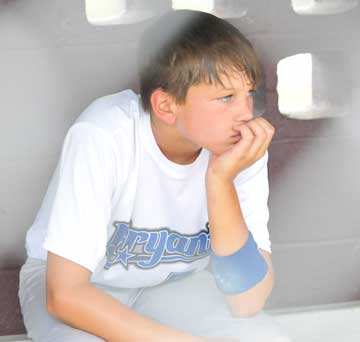 BENTON — In a stunning development for the Bryant All-Stars, the host Benton team forced an “if” game in the District Tournament for 11-year-olds on Monday with an 8-6 win, then captured the title with a 17-7 victory at Bernard Holland Park.Both teams will advance to State Tournament play at Little Rock Junior Deputy.

Bryant had rallied to defeat Benton 7-5 on Sunday in the winners bracket final. Benton, however, won the losers bracket final to set up the rematch in Monday’s championship round.

The first game was a seesaw battle with Bryant managing a 5-4 lead going into the bottom of the fifth. Benton put together a four-run rally to take the lead going into the sixth. Bryant was able to get one of those runs back but left the bases loaded as the game ended.

In the second game, Benton broke up a 3-2 contest with a six-run second then scored six more in the third. 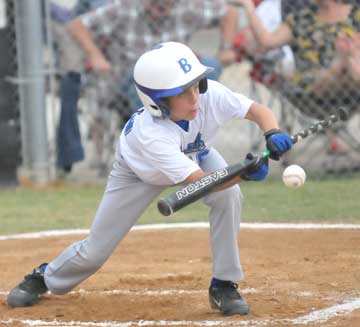 Both teams struggled with the strike zone all night as they combined to issue 25 walks in the two contests.

In the opener, Bryant scored first. East walked and stole second. He scored on a single by Allen.

Benton, however, countered with four runs aided by a pair of inning-opening walks and a three-base error. Orender relieved and got out of the jam forcing Benton to strand a pair of runners. He then pitched shutout ball over the next three innings.

Bryant took advantage by whittling away at the lead until gaining the edge in the fourth.

In the second, Knowles and Kelly singled. Smith followed with a double that plated a run but Kelly was thrown out at the plate. And, on an infield grounder by Brown, Smith got caught up in a rundown and was tagged out. With two down, East and Allen drew walks to load the bases but a pop up ended the inning. 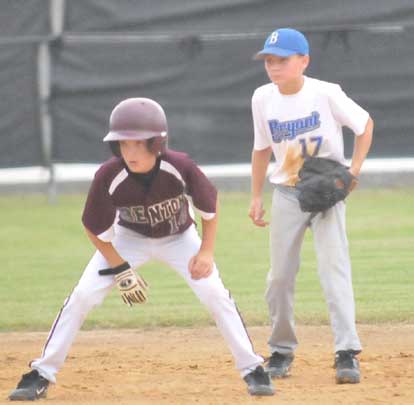 But, in the third, Misenheimer singled. Vargas came on to pinch-run and stole second. He advanced to third on Orender’s grounder then scored on a bouncer to second by Knowles to make it 4-3.

In the top of the fourth, Hastings cracked a one-out single and East beat out a bunt for a hit. Allen was hit by a pitch to load the bases and Hurt got a bunt down for a hit that scored the tying run. East wound up scoring the go-ahead run.

In the bottom of the fourth, a hit batsman and a single with one out had the lead in jeopardy but Orender ended the threat with a strikeout and a pop up.

Bryant got runners to second and third in the top of the fifth on a single by Knowles, a walk to Smith and a double steal. But both were stranded as Benton escaped.

The game-turning bottom of the fifth began with a pair of singles followed by three straight walks as Bryant went through three pitchers in the inning. A third base hit capped the scoring. A flyout then a popup that turned into a doubleplay ended the inning but the damage had been done. 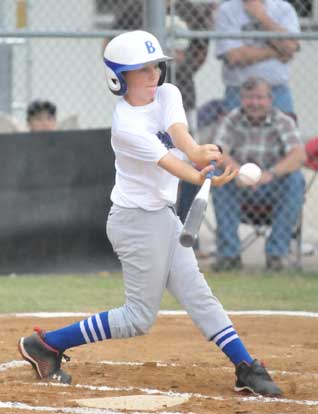 In the top of the sixth, patience paid — for a little while, at least — for the Bryant Stars. Hurt drew a one-out walk then Misenheimer was hit by a pitch. Walks to Orender and Knowles forced in a run. But, after a pitching change, Benton got the last two outs, setting the stage for the winner-take-all final.

Benton took the early lead with three runs in the top of the first on a walk, a single, an error and a double.

Bryant answered with two in the bottom of the inning. East walked and stole his way to third, scoring on a wild pitch. Allen also had walked and made his way to third. Hurt hit one to shallow right to get Allen home though he was thrown out at first.

Benton’s second-inning outburst started with a double, a walk and two singles. Before it was done there were four more walks and two more hits.

After Bryant was held without a run in the bottom of the second, Benton’s third began and the lead ballooned to 15-2.

Bryant made some noise before it was through. In the home third, Allen was hit by a pitch, Hurt walked and Misenheimer unloaded, ripping a three-run homer.

Benton added two runs in the top of the fourth before Bryant made one more stab at a comeback in the bottom of the inning. Abernathy singled and Smith drew a walk. But, with one out, Smith was hit by a batted ball as he tried to go from second to third for the second out. Abernathy scored as East reached with a hit on the play. Allen singled then Hurt walked to load the bases for Misenheimer who singled to chase home East.

But that’s where it ended with a strikeout. 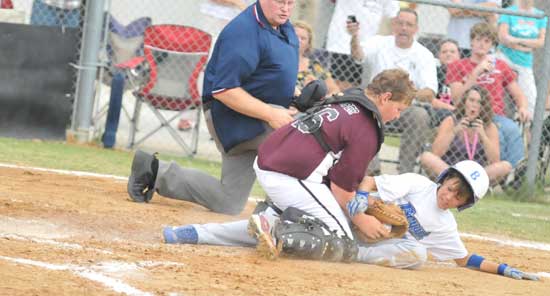