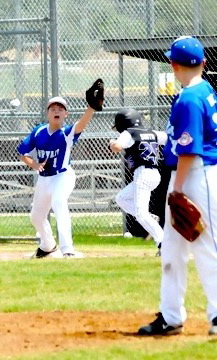 LAKE VILLAGE — The Bryant 10-year-old All-Stars advanced to the championship game of the 2011 State Tournament as they[more] overcame a controversial call early and hung on late for a nail-biting, 4-3 win over Little Rock Junior Deputy on Monday, July 11. 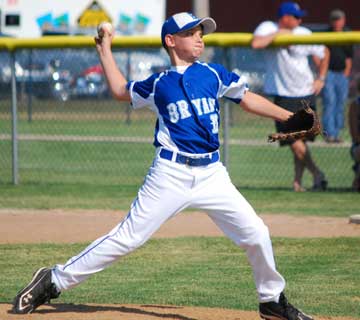 Grant started for Bryant and retired the first two batters in the top of the first but then gave up a smash to left for a single and a walk to put two on. But he got out of the inning unscathed when McFarland made a sliding catch of a soft pop in front of the first base bag to end the inning. 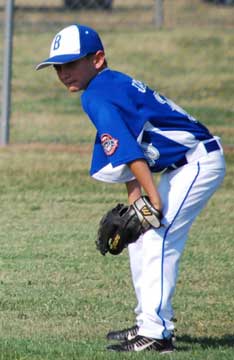 In the bottom of the first, Bryant threatened to jump out to a big lead but due to a controversial call was unable to score. Catton led off and reached on a throwing error by the second baseman. Grant single in the hole to the shortstop and Bryant had two on with no outs. After a wild pitch moved both runners up one base, Chambers ripped a full-count pitch to center field. Little Rock’s center fielder dove headfirst and made a great catch, snaring the ball about a foot off the ground. Catton tagged and scored to apparently give Bryant a 1-0 lead and Grant moved to third. However, Little Rock’s coaches came out of the dugout and had their pitcher appeal that Catton had left third before the catch. Following a conference among the three umpires, they ruled that Catton was out for leaving early and his run was nullified. Little Rock’s first base coach even admitted to the Bryant coaches that the call was bogus and that the umpires had not seen the play. Instead of a one-run lead, Bryant now had two outs but still with a runner on third. McFarland struck out swinging and the teams went to the second inning in a scoreless game.

In their second at-bat, Little Rock pushed a run across the plate. The leadoff batter singled to center and moved up on a wild pitch. He scored when the next batter doubled to right on a fly that Jackson lost in the late afternoon sun. With the batter taking third on the throw to the plate, Little Rock had a runner on third with no one out but Grant left him there by striking out the bottom two of the Little Rock line-up and getting the leadoff batter to pop to the mound. 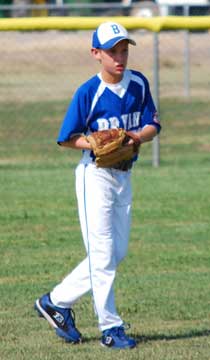 Trailing for the first time in the postseason, Bryant quickly tied the game. Dupree reached on an error by the shortstop to start the inning. Lessenberry laid down a great bunt and beat it out for a single while Dupree went all the way to third on the play. Mullings lined out softly to second. Jackson was up next and his liner to center was snagged when the center fielder made another fine catch but Dupree tagged and came in to tie the game.

Little Rock threatened again in the top of the third but came up empty. The first batter singled hard to short and moved up to second on a soft single to center. Grant then snagged a comebacker to the mound for a force out at third and then recorded a strikeout for the second out. A liner to Mullings in left ended the inning and the game was still tied 1-1.

Bryant pushed a run across in the bottom of the third to take the lead. With one out, Grant singled between third and shortstop. Chambers singled hard to left and the left fielder came up throwing hard and almost forced Grant at second but Bryant had two on with no one out. McFarland grounded to third for the second out but both runners were able to move up on the play. A walk to Dupree loaded the bases and a walk to Lessenberry on a 3-2 pitch brought Grant in to score. With the bases still loaded, Mullings had a good at-bat and appeared to have drawn another bases-loaded walk but was called out on a questionable 3-2 pitch that appeared to be well off the plate. 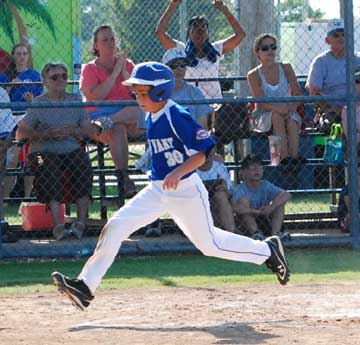 In the top of the fourth, Little Rock could muster just a two-out single and the game moved to the bottom of the fourth with Bryant up 2-1. Leading off the fourth, Jackson walked on a full-count pitch but the scoreboard and home plate umpire had the count wrong and ruled that he had taken just three balls. He returned to the plate for another pitch but the result was the same when the next pitch was in the dirt. Greiner followed with a perfect bunt down the first base line and Bryant had two on and no outs. Shepard pinch-ran for Greiner. After throwing two balls to Catton, Little Rock’s pitcher was replaced but the reliever’s first two were out of the strike zone and Catton walked to load the bases. Grant drew a four-pitch walk to score Jackson and make it 3-1. Chamber’s hit a hard grounder back to the mound and the Little Rock pitcher instinctively threw to first for the out, rather than to the plate for a force, which allowed Shepard to score. Bryant still had runners on second and third but failed to bring them in when both McFarland and Dupree struck out. 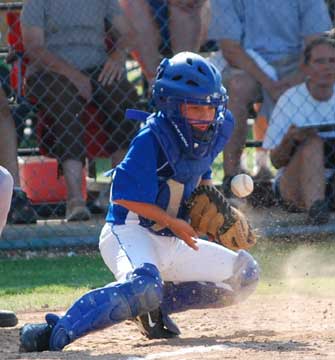 In the top of the fifth, Little Rock first batter reached on a walk but the next batter grounded hard to Chambers at shortstop and Bryant turned a 6-4-3 double play for two quick outs. A pop up to short ended the inning and the game moved to the bottom of the fifth. Bryant went 1-2-3 in their at-bat and the game went to the final inning with Bryant up 4-1.

Chambers relieved Grant on the mound to start the sixth. Greiner, who had re-entered after Shepard ran for him in the fourth, fielded a grounder and fired to first for the first out. After a soft single near the third base bag put one on, Chambers notched a strikeout for the second out. Lessenberry fired behind the runner at first and his throwing error allowed him to move up a base. Chambers quickly got ahead of the next batter 0-2 but down to their last strike, Little Rock rallied. Chamber’s next pitch was outside but the batter went with it and tripled down the line in right to make it 4-2. Their #9 hitter was next and he singled to center to make it 4-3. Grant bobbled a grounder at short to put runners at first and second and then they moved up a base on a wild pitch. With a 2-0 count and two runners in scoring position the Little Rock’s batter was given the green light and took a big swing but got under the ball and lofted a fly to left where Mullings hauled it in to end the game.

Next up for the Bryant 10s is the championship game on Tuesday, July 12, when they will take on the winner of the loser’s bracket game between Little Rock and Hamburg. Should they lose their next game, they will play a winner-take-all game on Wednesday, July 13. 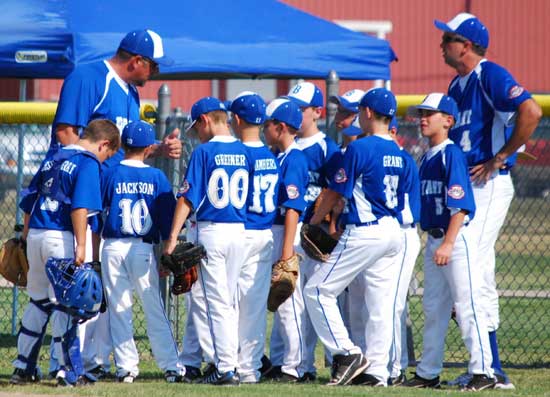