LONOKE — The Bryant All-Stars have advanced to the championship round of the[more] Cal Ripken 9-year-old State Tournament with a convincing 13-3 win over the Little Rock Junior Deputy team on Monday. 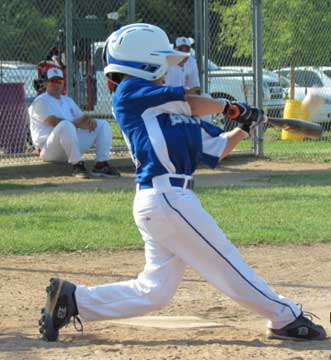 They’ll await the survivor of the loser’s bracket in the title game tonight at 6. With a win, the championship is theirs. A loss would set up a winner-take-all final on Wednesday at 6.

The Stars scored in all four innings. Leading 11-3, they put the game out of reach with two runs in the bottom of the fourth to end it. 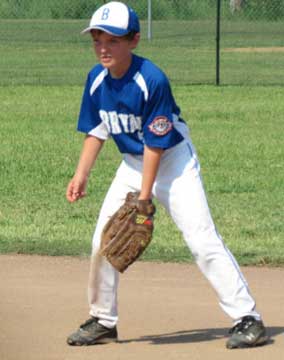 Little Rock managed a run on three hits in the second but Hilson got out of the inning, forcing Junior Deputy to strand two, trailing 4-2.

McKim’s two-out single drove in Kolgore in the bottom of the inning to up the margin to three runs. But Little Rock got that run back in the top of the third taking advantage of a two-out error.

Bryant blew the game up in the third. Meaders was hit by a pitch and Morales walked. LaRue beat out a bunt for a hit to load the bases. Walks to Stark and Kilgorn forced in runs before James singled in another. McKim bounced one over the fence for a two-run double. A base hit by Hilson drove in the sixth run, the maximum allowed.

James relieved Hilson in the fourth and eased through a 1-2-3 inning. Meaders and LaRue drew walks in the bottom of the inning. Meaders scored when Stark reached on an error then LaRue came home with the game-ending run on a single by James.