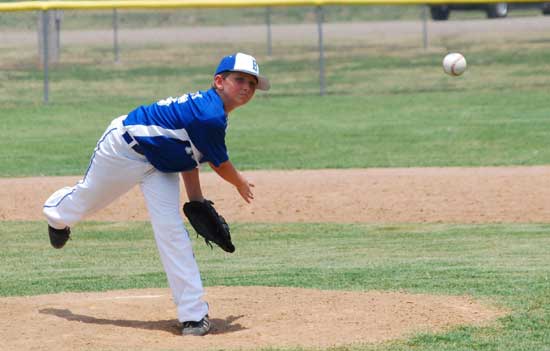 LONOKE — The Bryant 10-year-old All-Stars posted a 14-4 victory against Hamburg in the second round of the[more] 2011 State Tournament in Lake Village on Saturday, July 9. 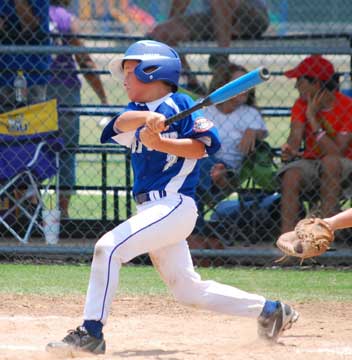 Chambers took the mound to start the first and retired Hamburg in order on fly to center, grounder to second and a pop to first.

In their half of the first inning, Bryant exploded for six runs. Catton led off and ripped a liner up the middle for a single. Grant followed with a hard single in the same spot and Catton scored all the way from first and Grant took second when the Hamburg center fielder misplayed the ball. Grant was tagged out attempting to take third on a pitch that bounced just a few feet from the catcher but Chambers restarted the rally with a liner to left. 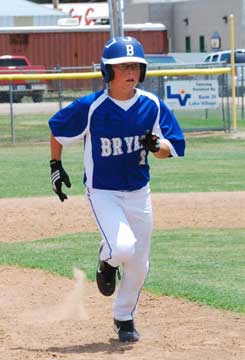 McFarland reached on an error by the second baseman with Chambers reaching second. Dupree followed with a long single to left that scored Chambers and moved McFarland to third base. Lessenberry was credited with an RBI-grounder that scored McFarland and then he and Dupree were both safe when shortstop mishandled the ball. Mullings grounded a single to center that brought in Dupree, with Lessenberry taking third and Mullings taking second on the throw. Shepard popped near the mound against a new Hamburg pitcher who dropped the ball for an error and then threw to first base, which was uncovered. Lessenberry scored on the play, Mullings moved to third and Shepard to second.

McEntire hit for Greiner and grounded back to the pitcher who tagged out Mullings trying to score from third. Greiner re-entered to run for McEntire. A wild pitch moved the runners up one base and then Catton hit a grounder that was booted by the second baseman. Shepard scored on the play but Greiner was tagged out in a rundown to end the inning.

After the first two batters struck out in the second, Hamburg got a walk and single to center to put two on but a fly to Catton hauled in a fly to center to end the threat. 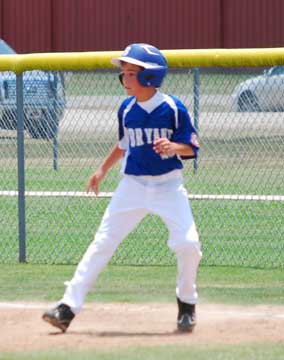 Bryant tacked on four more in the second. Grant reached on a throwing error by the shortstop. After Chambers lined out to shortstop, McFarland singled to center. A wild pitch advanced both runners and they both scored on a long double to left-center by Dupree that went off the glove off the center fielder. Lessenberry reached on an infield single that moved Dupree to third. A wild pitch moved Lessenberry to second and then he took third and Dupree scored when Mullings reached on a throwing error by the shortstop. Bariola hit for Shepard and grounded to the pitcher but Lessenberry scored on the play. Greiner struck out to end the inning but Bryant now led 10-0.

Hamburg scored all for of their runs in the third. The number nine batter doubled to deep left-center and scored on a single by the leadoff batter. Three batters later the Hamburg cleanup batter hammered a three-run homer to left. Coppock relieved Chambers on the mound and got the final two outs of the inning but Hamburg had cut the lead to 10-4. 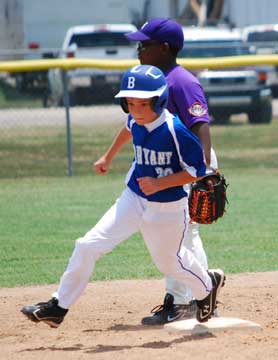 Bryant quickly got two of the run back. Catton led off the third by drawing a walk. Grant dumped a single into right. After taking two called strikes to a make the count 0-2, Chambers fouled off a couple pitches, worked the count to 2-2 and then stroked a long double into left-center to score Catton and put Grant on third. McFarland then smoked a line drive directly at the right fielder for a sacrifice fly that scored Grant. Bryant’s lead was now 12-4 heading into the fourth inning.

Coppock worked the top of the fourth and got two quick outs before giving up a double to center but a fly ball to Catton in center ended the frame.

In the bottom of the fourth, walks to Clontz and Greiner put two runners on with one out. Hamburg brought in a new pitcher but the result was the same as Catton walked to load the bases. With Grant at the plate, a wild pitch moved the runners up with Clontz scoring thanks to a nice headfirst slide to avoid a tag at the plate. After Grant struck out, Chambers was at the plate when another wild pitch allowed Greiner to score and give Bryant a 14-4 run-rule win.

Next up for the Bryant 10-year-old All-Stars is a match-up against Dewitt on today at 6:15 p.m. 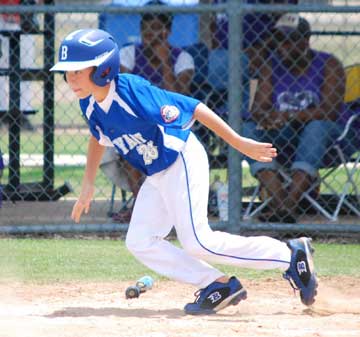 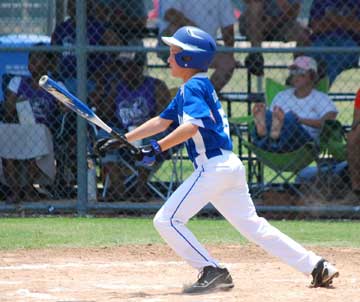