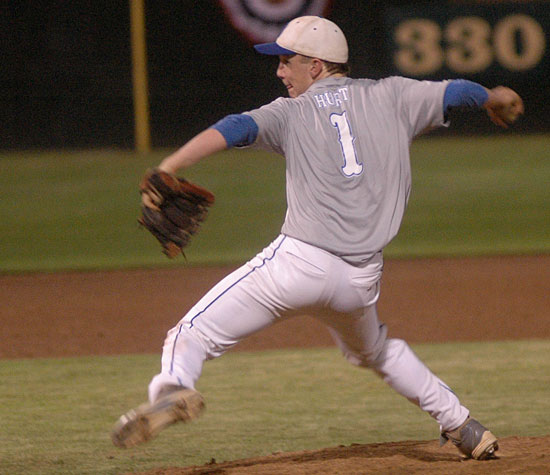 MOSES LAKE, Wash. — Garrett Misenheimer slugged a two-run homer and Aaron Orender belted a three-run triple to help back the shutout pitching of Dylan Hurt as the Bryant 14-year-old All-Stars eased to a 12-0 win over the host team at the Babe Ruth World Series on Sunday. 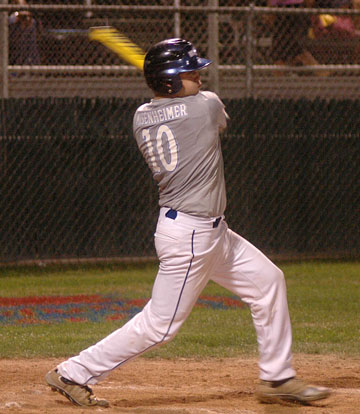 Hurt pitched a three-hitter, walking two and striking out one. It helped too that the Bryant defense played errorless ball after errors proved costly in Saturday’s 10-1 loss to Clifton Park, N.Y., in the first game of pool play.

Bryant was set to continue pool play action today at 2 p.m., Pacific time (4 o’clock Central) against Jasper, Ind., the Ohio Valley Regional champion, which is also 1-1 in pool play including a 7-6 loss to New York.

Misenheimer’s blast and Orender’s bases-clearing three-bagger were the highlights of a six-run third that blew up a 2-0 game. Misenheimer also tripled in the four-run fourth.

Along with that duo, Hurt and Austin Kelly each had two hits. Logan Allen scored three times.

Bryant started the scoring in the first when East walked then Orender and Shurtleff singled to load the bases. Misenheimer bounced into a doubleplay but East scored.

Hurt worked around a single and a hit batsman in the bottom of the first with Misenheimer, his catcher, throwing out a runner trying to steal.

In the second, Kelly reached on an error and advanced on a single to right by Allen. Kelly raced to third and beat the throw there as Allen hustled into second. With one out, Bryant tried to squeeze a run in a run but Hastings’ bunt was fielded by the Moses Lake pitcher, Deven Bishop, who threw to the plate in time for the out.

On the very next pitch, however, East laced a double to right to drive in Allen, making it 2-0.

Hurt pitched around a two-out single to Fernando Delgado in the bottom of the inning and Bryant’s breakout inning began with a walk to Shurtleff. Misenheimer then unloaded on a 2-0 delivery to double the lead to 4-0.

Hurt kept the inning going when he lined a double over the head of the centerfielder. Kelly shot a two-bagger down the right-field line to make it 5-0.

With one out, Allen reached on an error and, with two away, East walked to set the table for Orender who drilled a 1-1 delivery into the right-field corner to bump the lead to 8-0.

Hurt walked a pair in the bottom of the inning but Bryant turned a doubleplay between them to help preserve the shutout.

Kelly picked up third base on Coleman’s groundout. Allen drew a walk then Hastings squeezed in a run. Another throwing error allowed Allen to score on the play as well to set the final margin.

Hurt hit a batter in the bottom of the fourth but retired the next three. In the fifth, a one-out single and another hit batsman gave the Washington team some hope but when the lead runner tried to advance on ball in the dirt, Misenheimer threw him out at third. A groundout followed, ending the game.