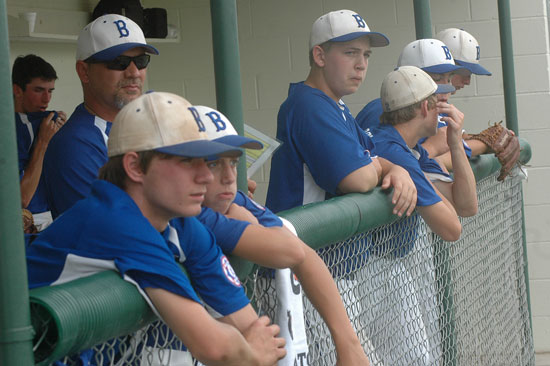 MOSES LAKE, Wash. — If the Bryant All-Stars needed verification that this is a whole different year, they got it on Saturday when they opened play in the 14-year-old Babe Ruth World Series. Clifton Park, N.Y., stunned the defending 13-year-old World Series champions, 10-1, as the two teams began pool play. 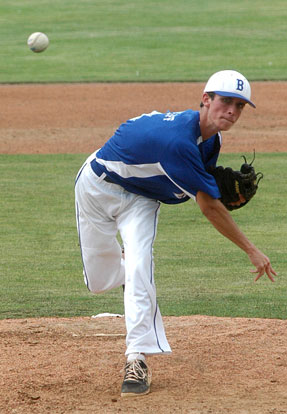 New York’s Ian Anderson shut out Bryant on one hit over six innings, pitching four perfect innings to start the game as his teammates built a 5-0 lead. Garrett Misenheimer broke up the perfecto with a single to lead off the fifth but Anderson wound up facing the minimum through six when New York turned a doubleplay to erase Misenheimer.

Clifton Park blew the game open with five more runs in the top of the seventh before Bryant scratched out its lone run in the bottom of the frame against reliever Kevin Huerter.

Huerter walked Diego Vargas to lead off the seventh. With one out, Lawson Fincher was hit by a pitch to set up Dylan Hurt’s two-out RBI double.

Errors plagued Bryant. Starter Alex Shurtleff allowed five runs in his five innings of work but only one was earned. He allowed four hits and three walks while fanning four. Fincher closed out the game and only three of the five runs New York scored in the top of the seventh were earned.

Huerter and Kurt Forsell led Clifton Park with two hits each. Huerter knocked in four.
Bryant is set to return to action on Sunday night against the host team. Pool play continues Monday with an afternoon contest against Jasper, Ind., and Tuesday afternoon with a game against Baxter Springs, Kansas. 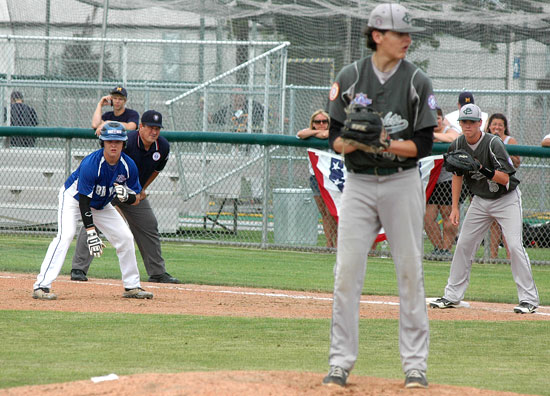 Garrett Misenheimer, left, leads off first after cracking the first hit of the game for Bryant’s All-Stars leading off the fifth inning. (Photo courtesy of Steven Smith/Hometown Sports)