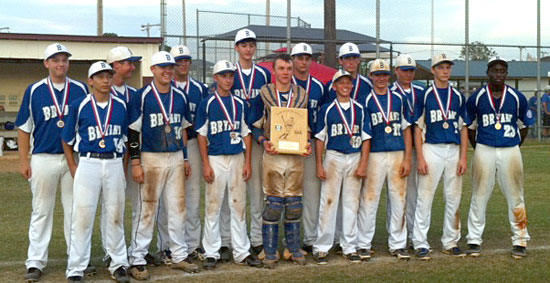 This morning all 10 teams in the Series were set to participate in the opening Breakfast of Champions at Moses Lake High School cafeteria. Opening ceremonies are set for 11 a.m. (Pacific time), 1 p.m. (Central).

Bryant is in the National Division for pool play. On Sunday, the team takes on the host squad at 8 p.m. (Pacific). Monday at 2 p.m., they play Jasper, Ind. And, on Tuesday, it’s a match-up with Baxter Springs, Kansas. Bryant has a bye on Wednesday before the single-elimination championship tournament begins on Thursday with the top three teams in each of the two Divisions will vie for the Series title.