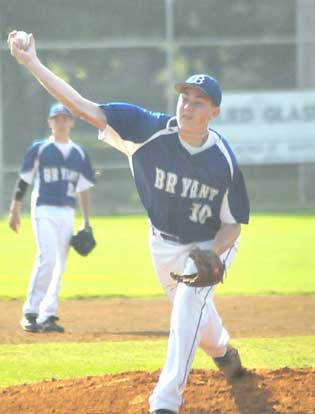 BENTON — The Bryant All-Stars scored seven runs in the second inning then padded their lead late and out-lasted the El Dorado All-Stars to advance to the championship round of the Babe Ruth State Tournament for 14-year-olds at Bernard Holland Park Monday night.

Tuesday at 6 p.m., Bryant will take on the survivor of the losers bracket final, which will be played at 4. Should an “if” game be necessary, it would be played on Wednesday. Of course, Bryant would just as soon end it Tuesday. The team has already qualified for the Regional Tournament at Bay City, Texas, starting July 30. 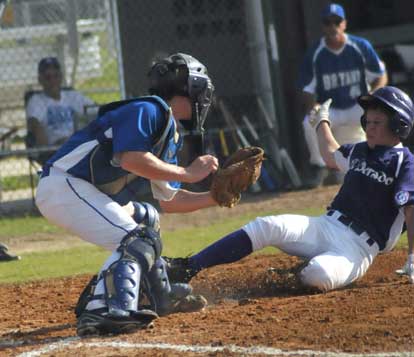 Actually, the Bryant Stars fell behind at first. El Dorado scratched out a run in the bottom of the opening frame.

The tell-tale second began with one-out walks to Miller and Rutherford. Miller scored when Matthews reached on an infield hit then Rutherford came home when Thompson got a squeeze bunt down for a single. Green walked to load the bases then Dale delivered a sacrifice fly to make it 3-1. Thompson scored on a passed ball after Green had swiped second. Akers then doubled him home.

A walk to Graddy kept the inning going then Tucker doubled to right to cap the inning, driving in a pair. 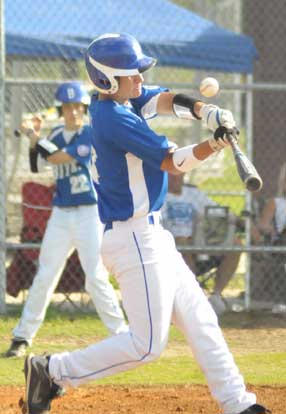 El Dorado whittled a pair of runs off the margin in the bottom of the inning. With runners at first and third and one out, Bryant traded an out for a run then Rutherford, the starter, got the final out of the inning with a grounder to Akers at third.

An error and a hit produced a fourth run for El Dorado in the bottom of the third.

In the fourth, Akers walked, stole second, took third on a passed ball and scored on a groundout by Graddy to make it 8-4.

El Dorado kept it close with two more in the fourth before Emmerling relieved to get the final out resulting in runners being stranded at second and third.

Neither team scored in the fifth but, in the sixth, Green singled, Dale sacrificed him to second and, after taking third on a passed ball, he scored on a single by Akers. That made it 9-6.

Emmerling worked a 1-2-3 home sixth and Bryant tacked on another insurance run in the top of the seventh. Phillips was hit by a pitch to start the inning and, an out later, a wild throw to first on Emmerling’s tap back to the mound got Phillips to third. Emmerling swiped second then Matthews executed the squeeze to get Phillips home with the 10th run.

Two hits around a hit batsman loaded the bases for El Dorado in the bottom of the inning. Akers came on to relieve and, though a passed ball and an error allowed two runs to score and had the potentially tying runs on base, the final out came on a fly to Miller in left. 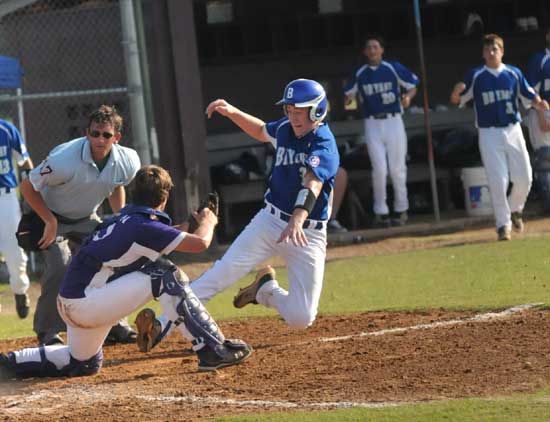