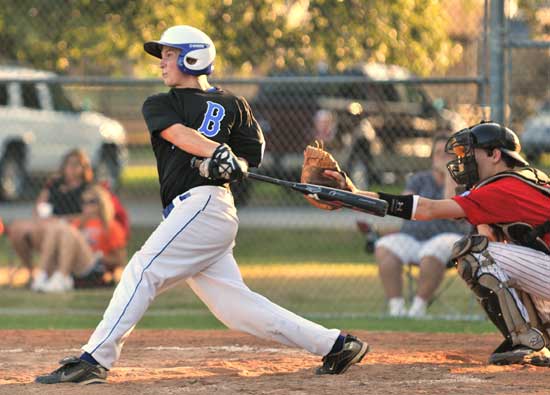 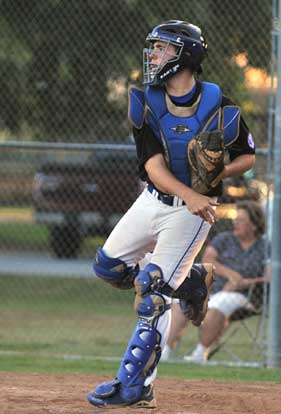 LONOKE — In another classic between the 15-year-old Babe Ruth teams from Bryant and White Hall, Cody Gogus drilled a clutch RBI single to snap a 3-3 tie in the top of the seventh as Bryant advanced to the championship round of the State Tournament on Monday.

Hayden Daniel, who relieved starter Zach Cambron in the fourth, worked a 1-2-3 home seventh to seal the victory.

Perennially two of the best teams in the state of their age, these teams from Bryant and White Hall have repeatedly engaged in great games. And, as has been the case the majority of the times, Bryant got the best of it Monday.

The nip-and-tuck battle on Monday was tied 3-3 after White Hall rallied for two runs in the bottom of the fourth. 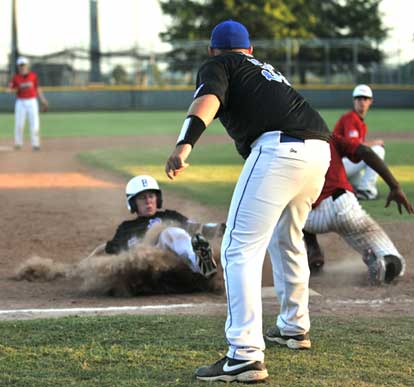 Nelson led off the top of the seventh with a walk. Wilson moved him up with a well-executed sacrifice bunt then Gogus cracked a 2-1 pitch to center for an RBI single. Green reached on an error with put runners at first and third. He stole second but White Hall’s Jeremy Sprinkle, who relieved starter Tyler Carr in the fifth, retired the next two batters to keep it a one-run game.

But, in the bottom of the inning, Daniel got Landon Reed to bounce out to Castleberry at second then induced a grounder to Nelson at short by Hunter Hale before Clay Cannon popped to Nelson to end the game.

The only time Bryant was retired in order was in the first. In the bottom of the inning, Cambron pitched around a one-out single by Hale.

Bryant’s second featured a one-out single to center by Green. He advanced on Schalchlin’s bouncer to third to bring up Cambron. The count went to 3-2 then Cambron battled Carr, fouling off four pitches before belting an RBI single to center for the game’s first run.The ball was misplayed in center, allowing Cambron to take second but he was retired on Jackson’s bouncer to third. 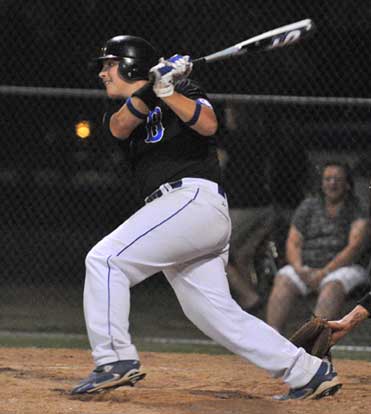 White Hall tied it in the bottom of the inning. With one out, Carr singled and Sprinkle reached on an error. Cambron fanned Justin McCarty but Chris Bryan singled to left to drive home Carr.

Bryant snapped the tie in the top of the third. Price singled, Daniel sacrificed then Nelson got the run home with a sacrifice fly to center.

Cambron pitched a 1-2-3 home third, easing through the 2-3-4 hitters for White Hall. And Bryant added to its advantage in the top of the fourth. With one out, Green doubled just inside the line in left and, with two down, Cambron helped himself again with an RBI single to center.

Jackson reached on an error and Price walked to load the bases but Daniel bounced into a force at third and it remained 3-1.

But White Hall tied it with two in the fourth. Chris Smith singled, stole second and took third on a passed ball. After Cambron fanned Carr, Sprinkle singled in the run. McCarty walked but then Bryant bounced to third. Sprinkle was forced out.

Cambron came within a strike of getting out of the inning as Reed worked the count to 2-2. But a single to left on the next pitch tied the game.

Daniel relieved and got Hale to bounce out to Cambron at first to end the inning.

Bryant threatened in the fifth when Wilson and Gogus drew one-out walks but Sprinkle wriggled off the hook getting Green to pop up then striking out Ethridge.

In turn, Daniel walked Cannon to start the bottom of the inning. He fanned Percy Arnold then Smith bounced into a force at second. He stole second but Daniel struck out Carr on a 3-2 pitch to end the threat.

Sprinkle pitched around a one-out walk to Jackson in the top of the sixth. With one out in the bottom of the inning, Daniel hit McCarty only to have Jackson pick him off first. Bryan popped out to Nelson and it went to the seventh.