EDITOR'S NOTE: Want your team’s games written up on BryantDaily.com? Just sent a roster, scores, highlights, pictures and/or copies of scoresheets to rob@bryantdaily.com 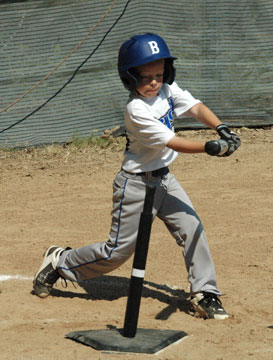 In the championship game, Bryant defeated the Texarkana Vipers, 21-19, after beating the Vipers, 21-7, in a pool play game. The team had outlasted a Benton 6-year-old team, 23-18, in the opening pool play contest.

The Texarkana team built a 6-0 lead over the first two innings but Bryant scored the maximum of seven runs in the third, fourth and fifth frames to roar past the Vipers for the victory.

The Vipers had the last at-bat in the bottom of the fifth but, after putting up crooked numbers in each of the previous four frames, they were unable to score as Bryant held on for the win.

Bryant’s comeback started in the top of the third. McClellan opened the inning with a single then Palmer singled but was out trying to get to second on the play. With McClellan at third, Speer, Schroeder and Johnson ripped consecutive doubles. Hunt’s triple made it 4-0. He scored on a base hit by Nagle. Kemp singled to put runners at first and second for Catton who cleared the bases with a triple to cap the inning.

The Vipers countered with a seven-run home third to make it 13-7 but Bryant overcame that deficit again in the top of the fourth. This time, Stovall’s single got things revved up. Hill and Crawford singled before McClellan made it 13-10 with a triple. Consecutive singles by Palmer, Speer, Schroeder and Johnson preceded a double by Hunt that maxed out the inning with Bryant up 14-13. 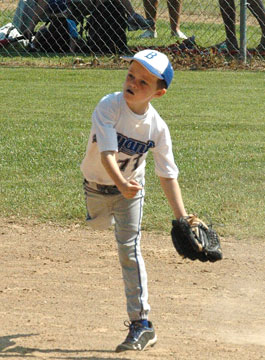 The seesaw battled continued in the bottom of the fourth with Texarkana scored six times to build a 19-14 edge only to have Bryant strike for seven more to take the lead in the top of the fifth.

Bryant was actually down to its final out. Nagle had singled to open the inning but the next two batters were retired. Stovall kept the inning alive with a base hit and, as it turned out the Vipers would never get that third out.

Singles by Hill and Crawford brought Nagle around then McClellan belted a double. A two-bagger by Palmer, a single by Speer and a double by Schroeder pushed Bryant into the lead. Johnson’s RBI single made it 21-19.

The Vipers got a single to start the bottom of the inning but a fly to short was turned into a doubleplay to take the starch out of the inning. A double and a single followed before the final out was recorded with the potential tying runs on base.

In the pool play game between the two teams, it was Bryant that broke fast, scoring seven times in the first inning. Never making an out in the frame, the Bryant team got started with a single by Johnson. Hunt, Nagle, Hill and Crawford each had doubles in the inning with Kemp, Catton, Stovall and McClellan rapping singles.

The Vipers managed just two runs in the bottom of the inning and their demise was set up. Bryant upped the margin to 11-2 in the top of the second when Palmer, Speer and Johnson singled. Though Johnson was thrown out trying to get to second, Hunt tripled. Nagle singled him in then came around after a double by Kemp and a base hit by Catton.

Texarkana stayed alive with a five-run home second but Bryant trumped that with seven more in the top of the third. Singles by Hill and Crawford set the table. McClellan and Palmer each pounded doubles to begin the scoring. Speer singled and, with two out, Hunt kept the inning going with a base knock. Nagle doubled and scored the seventh run on a single by Kemp to make it 18-7. 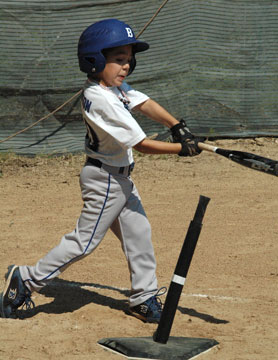 And when the Vipers were unable to score in the bottom of the third, Bryant’s three-run fourth brought the game to an end by putting it out of reach. Catton, Hill and Palmer each had doubles in the fifth while Cerawford, McClellan and Schroeder contributed singles.

After scoring six runs in the top of the first, Bryant never trailed but Benton kept the pressure on by scoring in every inning. The opening salvo commenced with a single by Johnson then doubles by Hunt, Nagle and Kemp. Catton singled before Stovall belted another two-bagger. Hill beat out an infield single to get Stovall to third and when Crawford grounded into a force at second, he scored to make it 6-0.

Benton cut the lead in half in the bottom of the inning. Bryant responded with a max-inning in the second to build a 13-3 advantage. Speer opened the uprising with a double and Schroeder followed suit as did Johnson. Hunt singled then Nagle cracked yet another two-bagger. Kemp, Catton and Stovall each singled and, with one out, Crawford drove in the seventh run with a base hit.

Benton countered with five in the bottom of the inning to stay in the game but Bryant upped the advantage with three more in the top of the third, enough to extend the lead but not enough to put Benton away just yet.

Benton then cut it to 16-12 in the home third.
Bryant trumped that again with a seven spot in the top of the fourth. Singles by Catton, Stovall, Hill and Crawford led to a home run by McClellan that highlighted the inning. Palmer singled then doubles by Speer and Schroeder completed the inning before an out was recorded. Up 23-12, Bryant withstood Benton’s five-run home fourth. And, though Bryant was unable to score in the fifth, Benton only mustered one, coming up short at the end. 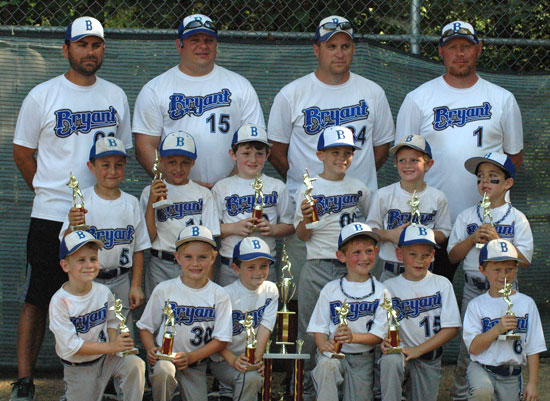