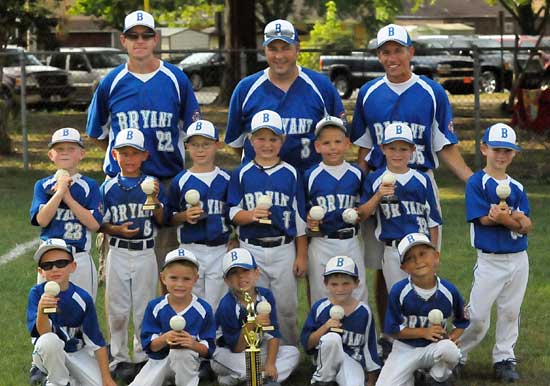 The Bryant 6-year-old All-Stars will be hosting the Regional Tournament for their age group starting[more] July 15 at Bishop Park but, in the meantime, they’re playing in tournaments to prepare. 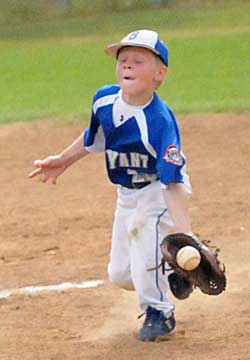 That included a tourney at Bishop Park last weekend and another one in Sylvan Hills this weekend.

Last weekend, they finished out the tournament as the runner-up. After defeating a team of 5-year-olds from the Bryant area in the semifinals on Sunday, June 26, they took on a team of 6’s from Sylvan Hills for the championship and absorbed a 12-5 loss.

Information about this weekend’s tourney will be forthcoming on BryantDaily.com.

In the title game at Bishop Park, Bryant fell behind 1-0 in the first inning then took the lead in the bottom of the inning when Hope doubled and Taylor circled the bases for a home run.

But Sylvan Hills regained the advantage with three runs in the second while holding the Bryant Stars despite two-out hits by Griffe and Owen. 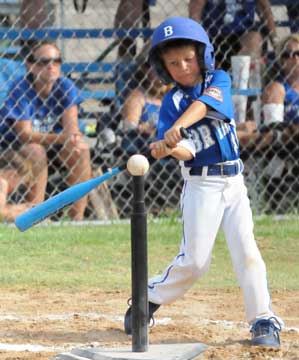 Two more runs in the top of the third gave Sylvan Hills a 6-2 lead. Bryant got those two runs back in the bottom of the inning when Crawford led off with a double and singles by Dunn, Hope and Stroud produced the runs.

A three-run uprising in the top of the fourth put Sylvan Hills in control and when Bryant could manage only one run in the bottom of the inning, it was out of reach and over. Griffe hit a homer to account for the final Bryant run. Owen followed with a double but was stranded.

In the win over the Bryant team of 5-year-olds, the 6’s scored the maximum of six runs in each of the first three innings to build the lead up to 18-12. When they scored a run in the bottom of the fourth, it put the game out of reach.

(Names for the team of 5-year-olds were not available.) 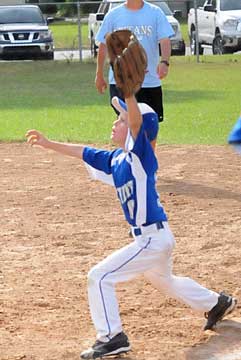 The 5’s scored three times in the first inning before the 6’s took the lead in the bottom of the inning with their first max uprising. Small and Dunn singled then Hope grounded into a force at second. With two down, Stroud began a hit parade with a double. Kemp, Nagle and Catton each singled before Griffe cleared the bases with a triple.

Three more runs scored for the 5’s in the top of the second to tie the game but, again, the 6’s doubled that in the bottom of the frame. Owen, Johnson, Crawford, Small and Dunn stringed together base hits to start the inning. Though Dunn was retired, Hope cracked a double with singles by Taylor, Stroud and Kemp completing the onslaught.

The 5’s kept pecking away, however. With four runs in the third, they closed to within 12-10 only to have the 6’s max out one more time. This time, Nagle got things stared with a single. Catton and Griffe followed suit then Owen and Johnson belted consecutive doubles. Crawford singled and, with one out, Dunn’s base hit brought in the sixth run and ended the inning.

A two-run fourth kept a comeback possible for the 5’s but they needed to keep the 6’s from scoring in the bottom of the inning to have a chance. Hope opened the home half with a base hit, racing to third on a single by Taylor then scoring when Stroud grounded into a force at second. 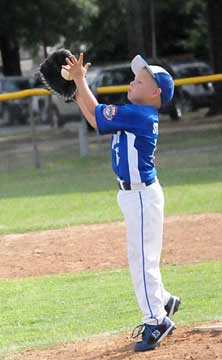