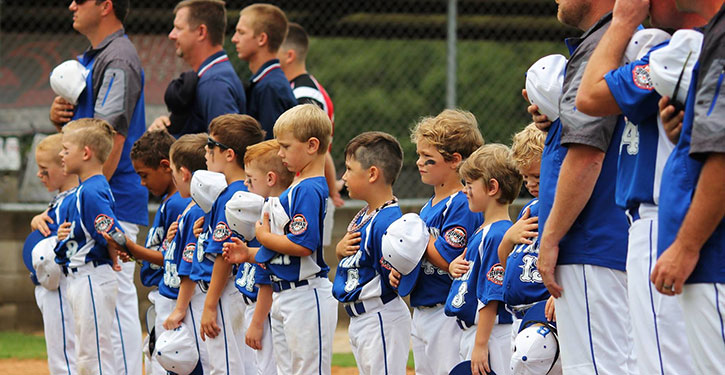 SHERWOOD — The Bryant 6-year-old All-Stars advanced to the championship round of the Cal Ripken State T-Ball Tournament on Monday with a 22-13 victory over the rival Benton All-Stars in the winners’ bracket final.

Bryant, the last unbeaten team in the tourney, will play for the title on Tuesday at 6 p.m., with two chances to win the crown.

Bryant grabbed a 6-0 lead by scoring the maximum number of runs in the top of the first. Benton never got anyone out as Verdell, Robertson, Martin, Brothers, Andrews and Lloyd each scored while Jackson and Summers were left aboard after their hits.

Benton countered with four runs in the bottom of the inning.

In Bryant’s second, Hogland, Sory, Verdell, Robertson and Martin scored to make it 11-4. Brothers and Andrews finished off the inning and were stranded.

Benton stayed alive with two runs in the home fourth, cutting it to 11-6 only to have Bryant add five in the top of the third. Jackson, Hogland, Sory, McCrary and Verdell dented the plate.

A six-run fourth kept Benton in the game for one more inning, trimming the Bryant lead to 16-12.

In the fourth, Martin, Andrews, Lloyd and Jackson scored to make it 22-12.

So, Benton needed at least four runs to stay alive. They managed just one as Bryant closed out the victory.