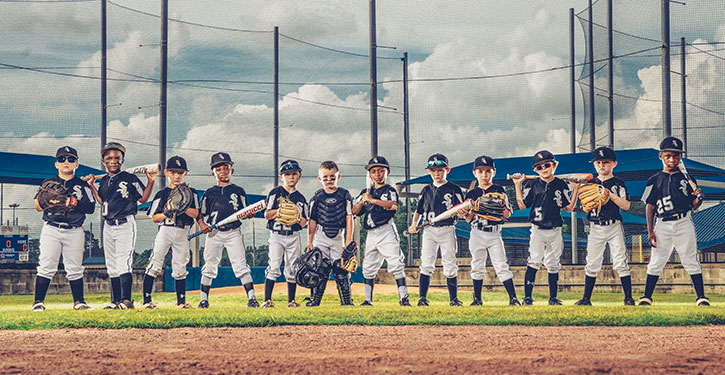 SHERWOOD — The Bryant Black Sox 7U All-Stars ripped through pool play 3-0 on Saturday at the Cal Ripken State Tournament.

The Sox opened with a 15-0 win over Paragould, followed with a 13-3 victory over Sylvan Hills then knocked off rival Benton, 13-5. They’ll advance to bracket play on Sunday. As the number one seed, they begin at 9 a.m. A win would put them in the championship game at noon.

Paragould managed just one baserunner in the game. It came with two out in the third after the Sox had scored 14 runs in the first two innings. A run in the bottom of the third made it a run-rule victory.

A triple by Drake got Bryant on the board initially. It chased home Smith, who had singled. Bohanna’s base hit made it 2-0. Clegg followed with a knock, but he was thrown out trying to advance to third on a single by Billins, which plated Bohanna.

Van Hoose’s triple made it 4-0. He scored on a single by Orender. Thompson singled but was called out when McGough’s grounder hit him on the way to second. Shook’s swinging bunt loaded the bases for Joyner who singled in two more as the Sox reached the maximum allowed seven runs.

With one out in the second, Smith doubled. Drake slugged his second triple to make it 8-0 and the onslaught resumed. Bohanna singled in Drake then Clegg doubled. Billins singled and Van Hoose doubled. Orender’s double made it 13-0. He came home on McGough’s base hit to right.

Shook scored the winning run in the third after he had singled. Kelley got the walk-off hit.

Bryant again scored the max in the first inning to gain the upper hand. The Sox shut out Sylvan Hills until the fourth. They closed down the rally to maintain the run-rule victory.

In that key first, Smith and Drake opened with singles. Bohanna and Clegg each doubled. After Van Hoose singled to right, Orender doubled down the left-field line. Thompson’s double made it 6-0. Shook drove him in with the seventh run.

In the second, Joyner got things going with a single to right. Smith chased him home with a triple. Drake doubled but was thrown out trying to stretch it to a triple.

It was 9-0 headed to the third inning. Van Hoose singled and later scored on Thompson’s base hit to make it an even 10.

Bryant put the finishing touches on its scoring in the top of the fourth. Joyner singled but was forced at second on Kelley’s grounder to short. Likewise, Kelley was forced out on Smith’s grounder. But Drake and Bohanna followed with singles to bring Smith around. Clegg’s double drove in a pair.

The Sox actually trailed for a while against Benton. After taking a 4-0 lead, Bryant saw Benton score five times in the top of the second inning.

But Benton got no more in the game while Bryant took a 6-5 lead with two in the fourth then blew it up with a seven spot in the fifth.

Bryant’s opening salvo started with one-out singles by Drake and Bohanna. Clegg ripped a double then Billins’ drive to the corner in right turned into a home run.

After Benton rallied for the lead, the Sox were unable to take advantage of hits by Thompson and Shook in the bottom of the second then a hit by Drake in the third.

In the fourth, however, Orender sparked an uprising with a two-out double. Thompson’s drive to right-center turned into a home run and Bryant had the lead.

Kelley started the big inning in the fifth with an infield hit. Smith beat out a swinging bunt and, with one out, Bohanna came through with a knock to left-center. Hits by Clegg, Van Hoose, Orender, Thompson and McGough completed the outburst.