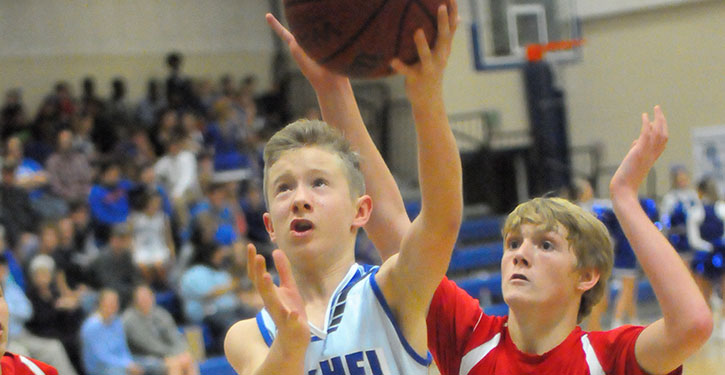 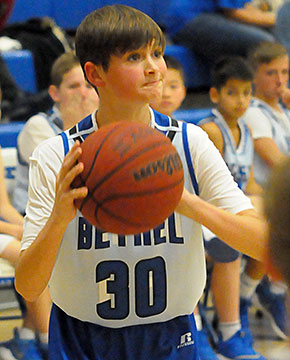 The Cabot North Panthers seventh grade team outscored the Bryant Blue Hornets of Bethel Middle School 25-11 in the first half on the way to a 44-23 victory at the Bethel gym on Tuesday night.

Alex Skelley scored 7 points including a fourth-quarter 3 to lead the Hornets, who will host Bryant White of Bryant Middle School on Thursday. Jackson Fluger and James Billingsley each had 4 points with Destin Jenkins adding a 3-pointer in the first quarter. Tyler Pinney and Aiden Baker added 2 points each. Blake Ammons hit a free throw.

Cabot North built a 12-5 lead by the end of the first quarter. In the second half, the Panthers out-scored Bethel 19-12. It was 33-17 going into the fourth quarter. 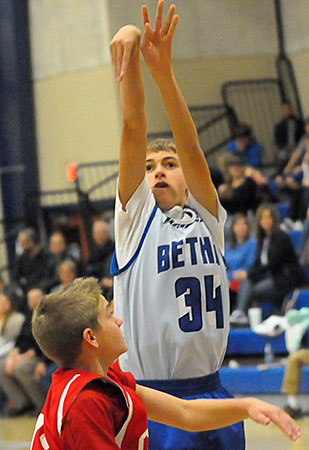 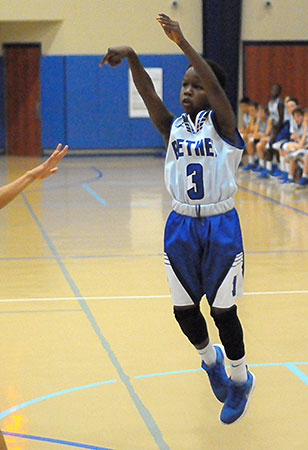 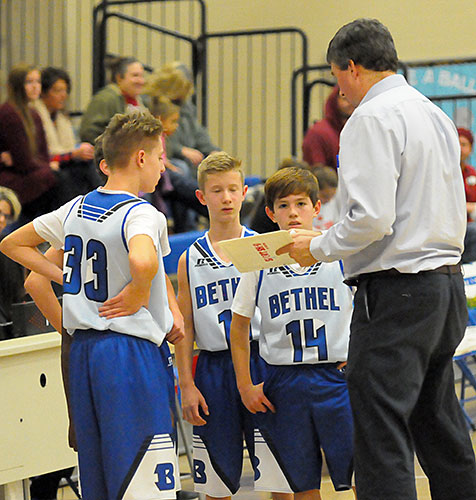 Bryant Blue coach Steve Wilson talks to his team during a timeout. (Photo by Kevin Nagle)