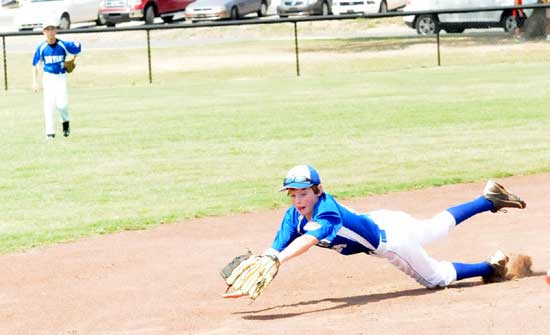 The Bryant All-Stars snapped a 3-3 tie with two runs in the bottom of the third and held[more] on to edge the rival Benton All-Stars, 5-4, at the Cal Ripken 11-year-old State Tournament at Bishop Park on Saturday. 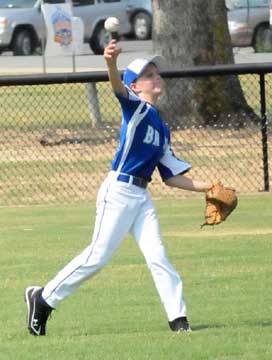 Catcher Myers Buck threw out a Benton runner, representing the tying run, as he tried to steal third, ending the top of the fourth just after Dorsey took over on the mound.

In the top of the fifth, Dorsey struck out two around a single. But he picked the runner off first before ending it with the second strikeout.

Bryant batted in the bottom of the fifth and added a run that wound up not officially counting as time ran out. 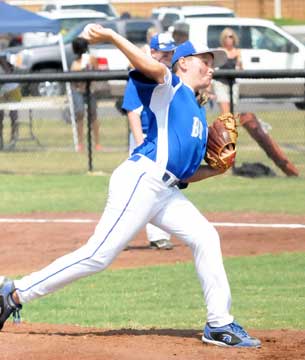 With the win, the Bryant 11’s advance to the winners bracket finals today at 4:30 against Little Rock Junior Deputy.

Benton had claimed a 2-0 lead in the first. In the bottom of the inning, Prince walked, stole second and third then scored on a double by Wright before Wright was tagged out trying to take third on a ball in the dirt to end the inning.

In the second, Benton managed a one-out single off Wright, the Bryant starter. The runner stole second but when the next batter flew out to right, Prince made the catch and threw behind the runner to double him up to end the inning.

Bryant then took the lead in the home second. With two out, Hoover was hit by a pitch. Vail came on as a pinch runner and advanced to second on a wild pitch then to third on a passed ball and Buck was taking a walk. Buck stole second to bring up Green who got a bunt down that not only got Vail home but Buck as well as he beat it out for a hit, taking second on the late throw to the plate. 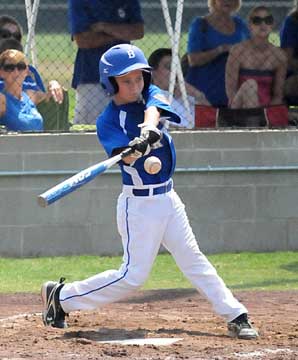 Though Green was thrown out trying to steal third, Bryant had a 3-2 advantage.

But it didn’t last long. Benton tied it in the top of the third on a single, a stolen back and two-out hit. A walk and an error allowed Benton to load the bases but Curtis, who had relieved Wright, got the final out on a fly to Green in left.

And when Bryant scored twice in the bottom of the inning, it had the lead to stay though it was never very comfortable.

The third-inning uprising began when Harp’s fly to left was misplayed. Prince, trying to sacrifice, wound up with a bunt single, setting the table for Curtis to drive both home with a base hit to left-center.

Benton cut the lead to 5-4 in the top of the fourth and had that chance to tie it. A one-out single, a stolen base and a two-out hit produced the run. With Dorsey running the count to 3-0 to the next batter, the Benton baserunner stole second before Buck threw him out trying to swipe third.

Bryant’s fifth-inning run came on a bunt single by Prince, a sacrifice by Curtis and an RBI single by Wright. Ellis had worked the count to 3-2 when time was called. 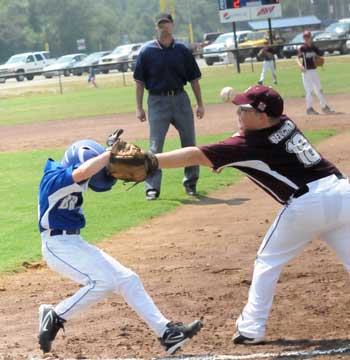 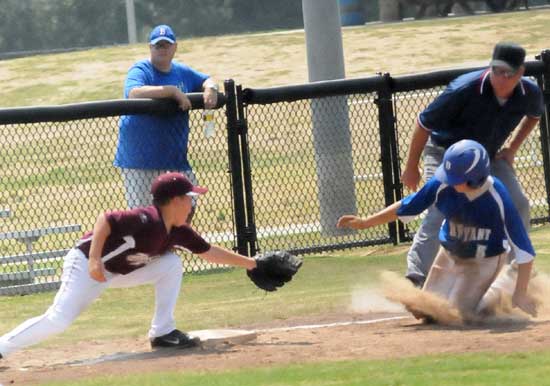