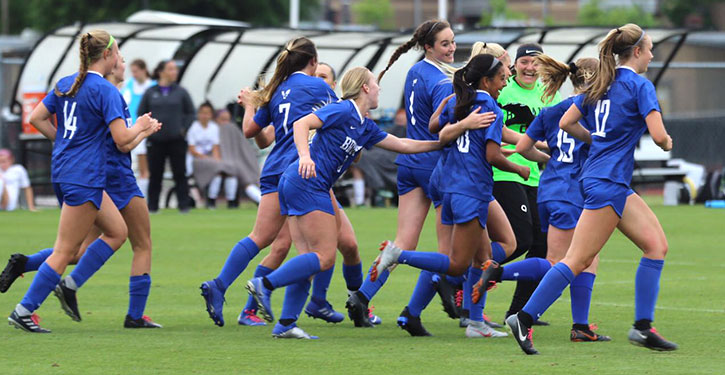 CONWAY — Rachel Studdard hit the lone goal of the Bryant Lady Hornets 6A State Tournament opener against the Fayetteville Lady Bulldogs on Friday at Hendrix College. It was a dominant performance by the Lady Hornets, who improved to 14-2 overall this season and advanced to a semifinals battle with 6A-West Conference champion, Bentonville, on Saturday at Conway High School.

Fayetteville managed just three shots on goal as the game was mostly played on their defensive end.

Studdard’s goal came about halfway through the second half. Abbey Inman sent in a corner kick that was deflected out to Studdard.

The coach added that it took her team a little while to get used to playing on natural grass at Hendrix.

“It’s a great field,” she asserted, “but we struggled with the pace of the ball in the first half.

“Second half, we got our second wind and were more focused and used to the field, so we were able to attack and really possess the ball,” Inman related. “The girls really enjoyed playing on the grass but (Saturday) it’s back on the turf.”