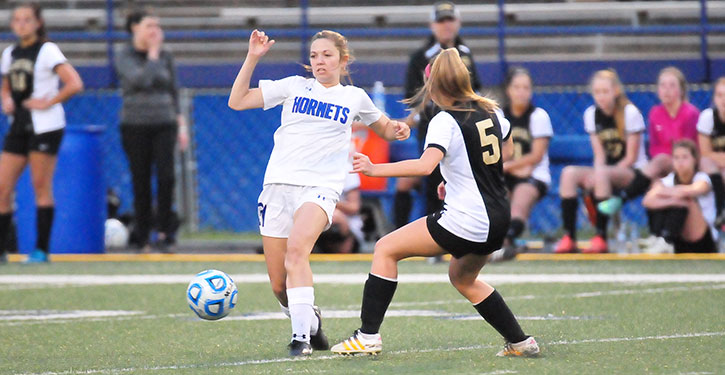 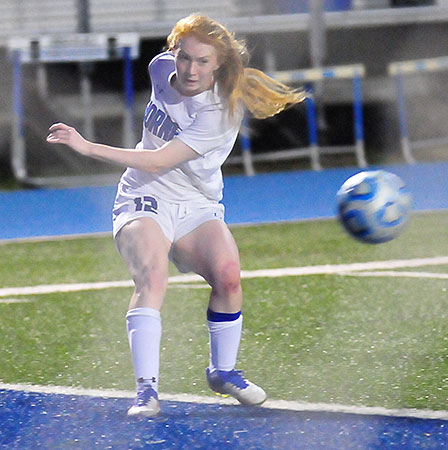 Caroline Campbell takes a shot at the goal. (Photo by Kevin Nagle)

The Little Rock Central Lady Tigers came into Tuesday’s match with the Bryant Lady Hornets tied for first in the 7A-Central Conference, unbeaten in league play. And they scored almost immediately to put the Lady Hornets under the gun.

But Bryant, starting for find its stride under new head coach James Paul, tied it up when Madison Humbard took a feed from Caroline Campbell just 2:21 away from halftime.

The Lady Hornets and Lady Tigers battled through a rugged scoreless second half. In a shootout on penalty kicks, Central prevailed 6-5 to remain unbeaten in the league.

“We lost a hard-fought game,” Paul said. “We couldn’t capitalize on the several chances we had toward the end of the game. 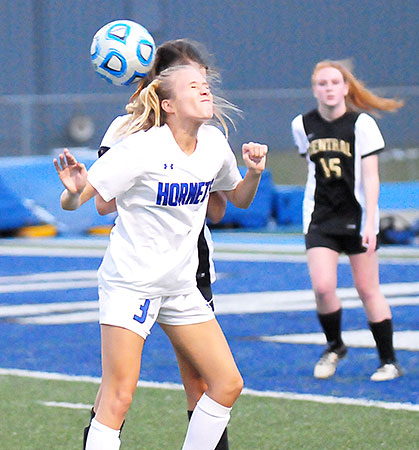 “We had some great runs and built well out of the back on several occasions,” he emphasized, “things we haven’t done well in the past. We are progressing daily and that’s encouraging.”

The Lady Hornets are now 4-5 overall with two of the losses one-goal heartbreakers to go with Tuesday night’s dramatic finish.

“We welcomed M.C. Selig back from injury and she made a real difference in the game,” Paul said. “Abby Patton showed a lot of heart on the outside mid position while Madison Humbard showed her toughness in the middle of the field. Jasmine Sauers did great on defense, making some runs and connecting with our midfielders.”

The Bryant junior varsity team will play at Pulaski Robinson on Thursday. The varsity returns to action on Tuesday, April 4, at home against the Cabot Lady Panthers, who came into Tuesday undefeated in the league as well and tied with Central atop the conference. 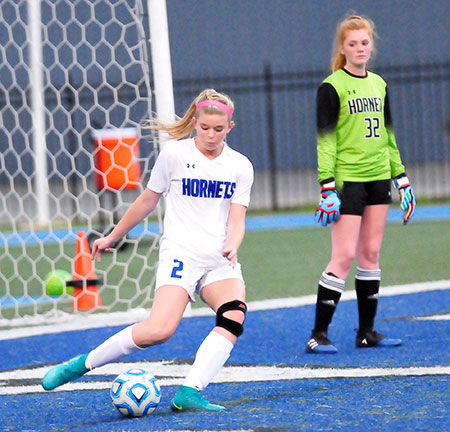