The Bryant Lady Hornets avenged one of their two 7A/6A-Central Conference losses Thursday night with[more] a 3-1 win over the Mount St. Mary Belles at the Hornets Nest. It was the fourth consecutive victory for the Lady Hornets who maintained their share of second place in the conference. They’re now 8-3 overall and 7-2 in league play going into Tuesday’s trip to Cabot. 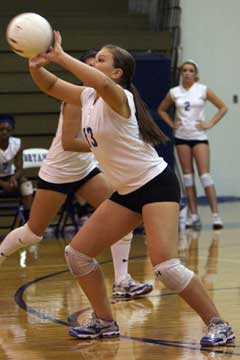 “Our defense saved us tonight,” stated Bryant head coach Beth Solomon. “When we were digging up their hits and they went to tips, our defense was there to cover those as well.”

“During the second game we started mixing some things up, subbing in and out,” Solomon mentioned. “Carley Choate and Courtney Davidson both went in off of the bench for us and helped us out.”

The Lady Hornets piled up 50 kills from six different players, led by McKenzie Rice with 16 and Brooke Howell with 11. Alyssa Anderson added nine to go with a solo block and two assists. Brianna White contributed seven kills, three solo blocks and an assist.

“Our hitters also really had a great night,” Solomon acknowledged. “McKenzie Rice, Brooke Howell, Alyssa Anderson and Brianna White all played great games. Hannah Rice even managed to get some key hits in for us.” 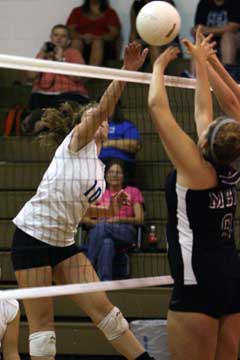 Hannah Rice had five kills to go with 34 assists and seven digs. She also contributed 14 good serves with a team-high three aces.

The Lady Hornets JV only managed 14 kills as a group. Aubree Allen, Alex Boone and Erica Smith had three each. Smith and Allen also had a pair of solo blocks.

Davidson paced the defense with nine digs. Britten Hays had five as did Kaylon Wilson and Caylin Choate.Davidson had 10 good serves with two aces. Carley Choate was good on eight of nine from the service line with a team-high three aces. Allen was good on all eight of her serves including an ace. 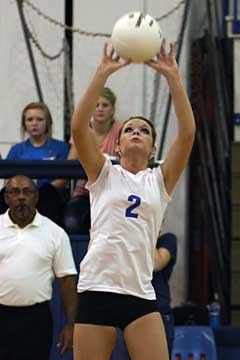 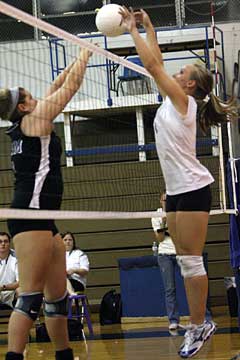 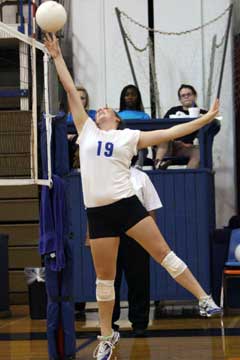 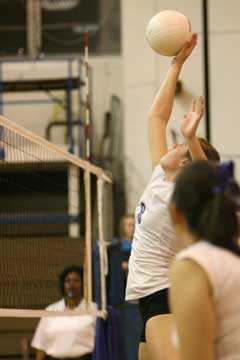 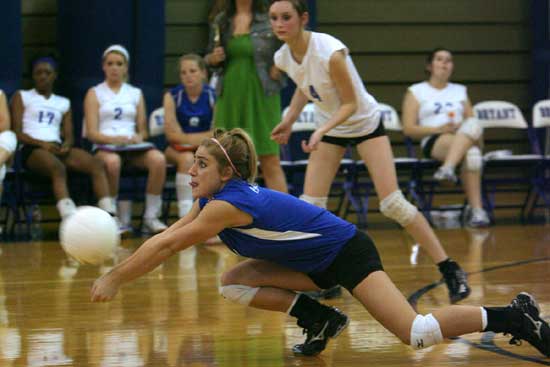 Lady Hornets unable to get past Northside
September 30 in Bryant athletic history: 2006