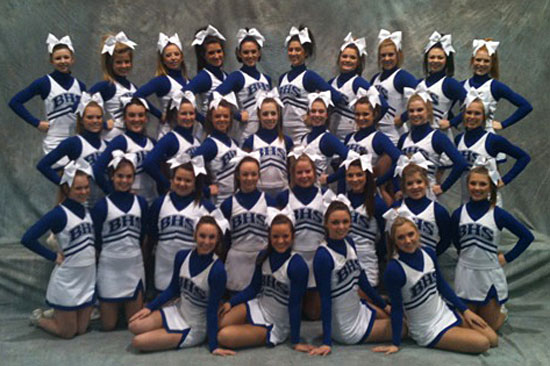 The Bryant High School cheerleaders finished runner up to Fayetteville in the Class 7a division against 11 teams. In doing so, the squad received a bid to Nationals in Orlando, Fla., and will perform there Feb. 11-12.