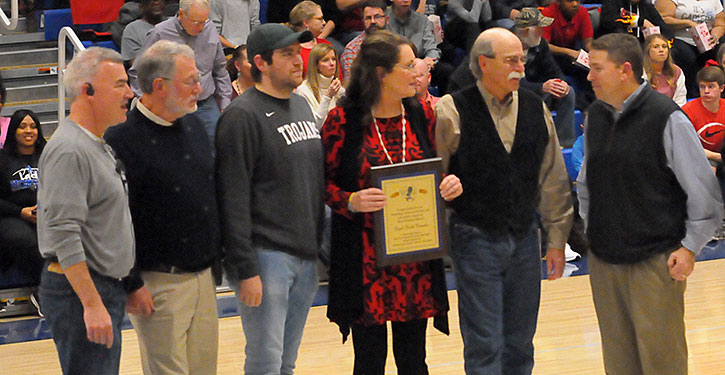 Cabot Lady Panthers head coach Carla Crowder, who led Bryant’s Lady Hornets for 16 years prior to going to Cabot, was honored by the Bryant Athletic Department on Friday night at halftime of the boys game.

Crowder, who led the Lady Hornets to three State titles and has led the Lady Panthers to one, is retiring at the end of this season.