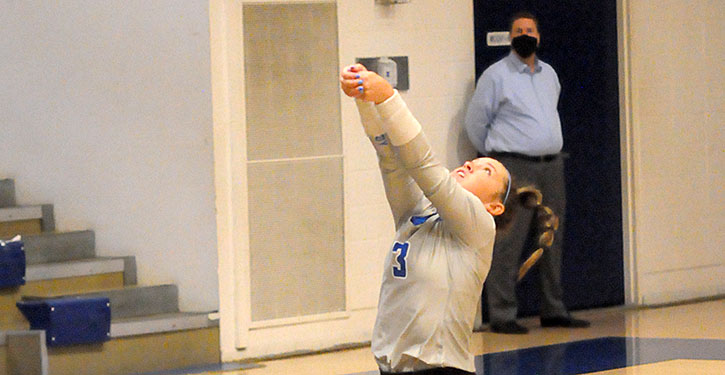 LITTLE ROCK — In a non-conference make-up match originally scheduled in August, the Bryant Lady Hornets and the Pulaski Academy Lady Bruins battled to five sets on Monday. They took turns all match long and, in the end, the Lady Bruins prevailed in the fifth game. The final was 3-2, 25-19, 19-25, 25-12, 17-25, 15-9.

The Lady Hornets were set to travel to Fort Smith in a return to 6A-Central Conference play tonight at Northside.

Bryant had 29 kills as a team, led by Sammie Jo Ferguson with seven and Madelyn Hoskins with six. Erin Key added five, Ella Reynolds and Kyle Fleharty three each with Lily Settle and Camryn Martin picking up two each.

Key had two of the team’s six blocks. Reynolds, Hoskins, Ferguson and Martin each had one.

The Lady Hornets were good on 92 percent of their serves but managed just four aces. Samantha Still had two of those. Ferguson and Lily Studdard each had one.

Still led the team in digs with 24. Alyssa Hernandez picked up 18 with Jaiyah Jackson getting 12 and Reynolds 10.