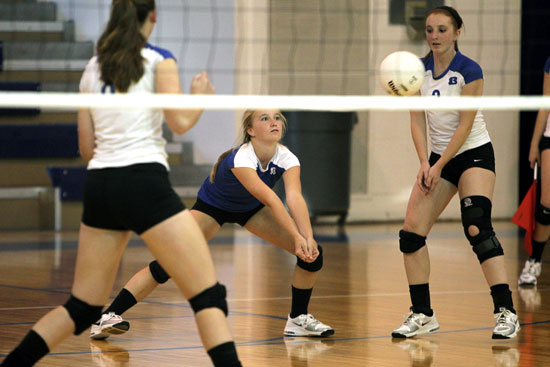 Rebounding from a pair of disappointing conference losses, the Bryant Lady Hornets eased past the El Dorado Lady Wildcats, 25-15, 25-6, 25-6 at the Hornets Nest Thursday night. 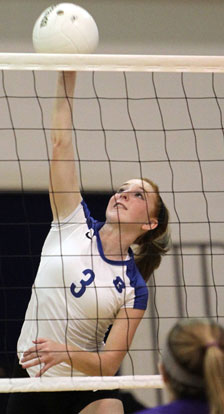 The win evened the team’s league mark at 3-3 going into a battle with the rival Benton Lady Panthers on Tuesday, Oct. 1.

In the varsity match, the Lady Hornets combined on 17 aces with just three service errors in 67 attempts. Abby Staton was 18 of 19, Allie Anderson 14 of 15, Britney Sahlmann 13 of 14 and Kendall Selig 12 of 12. Nikki Clay had five aces as part of her 8-for-8 performance at the line. Staton and Anderson each added four aces and Selig three.

Anderson topped the team at the net with four kills. Sahlmann, who had 12 assists and a block, pitched in with three kills. Selig, Mariah Aguilar and Mercedes Dillard had three kills apiece.

Shayla McKissock picked it up on defense with six kills.

“I feel like the girls played well tonight,” said Lady Hornets coach Beth Solomon. “Whitney Brown and Shayla McKissock both seemed to be back to the scrappy players they can be. Britney Sahlmann was putting up some great sets and our hitters were playing well. Mercedes Dillard and Kendall Selig were doing great jobs at middle tonight. They were both seeing the court very well.

“Mariah Aguilar went in for us this game as a replacement front row player for Sierra Jones after Sierra had a finger injury that took her out of the game during warm ups,” she mentioned. 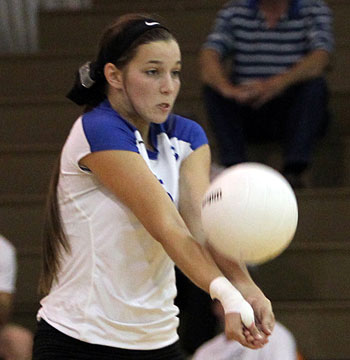 “Our first game started a little rocky, probably because the girls knew El Dorado was not going to be a team that hit super hard at us or had very good passes from watching their warm up,” Solomon related. “We got it together though and pulled out two great games after the first. The girls had high spirits and even had some fun during the last two games — two things that seemed to be missing during our Texarkana and Lake Hamilton games.”

The Lady Hornets have the weekend off.

We’re hoping some rest over the weekend will help get Sierra healed and back ready for Benton,” the coach said. “Tuesday will be a big game for us. We lost in three, less-than-stellar games last time we played them at their place. Tuesday we’re home and determined to have a better game than we did last time.”

“Our JV had a great game tonight,” Solomon commented. “Dejai Kelley really stepped it up for us as a leader on the court.” 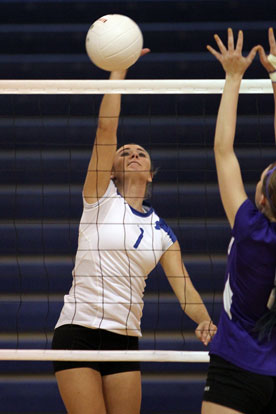 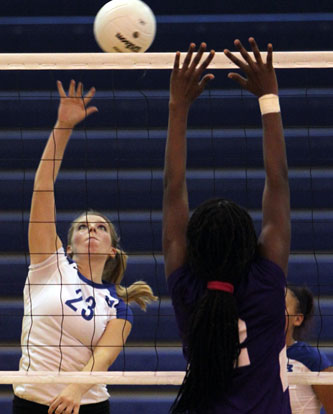 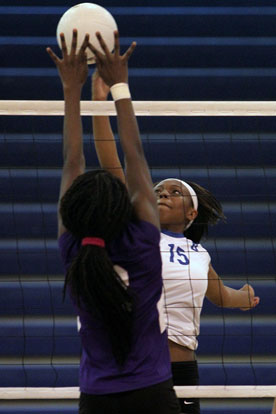